A California Court of Appeals has reversed a summary judgement decision favoring a manufacturer, now allowing the plaintiff to return to a trial court for a strict liability suit against the manufacturer for his wife’s death when she developed mesothelioma as a result of asbestos exposure. 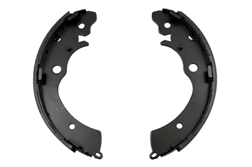 Appellant Michael Sherman worked as a mechanic and used a brake lining arcing machine made by Hennessy Industries (Hennessy) predecessor in interest, the Automotive Maintenance Machinery Company (AMMCO) from 1962 to 1977.

The machine’s “sole function” was to abrade asbestos-containing brake linings. When in use, the machine released asbestos dust from the linings. Sherman’s wife was exposed to the asbestos dust that he carried home from work, causing her mesothelioma and subsequent death.

Sherman brought suit against Hennessy for claims of negligence, strict liability, false representation, failure to warn and loss of consortium.

Hennessy asserted that it was not liable, relying on O’Neil v. Crane co. (2012) 53 Cal.4th 335 (O’Neil), which held that a manufacturer may not be held in strict liability or negligence actions for harm caused by another product, unless the manufacturer’s product contributed substantially to the harm or it participated substantially in creating harmful combined use of the products, according to the opinion.

The trial court granted summary judgement in favor of Hennessy.

The California court of appeals sided with Sherman, relying on an exception to the O’Neil rule, provided by the 2004 case, Tellez-Cordova v. Campbell-Hausfeld/Scott Fetzger (2004) 129 Cal.App. 4th 577 (Tellez-Cordova).

Tellez-Cordova is an exception to the general rule that bars the imposition of strict liability on a manufacturer for harm that another manufacturer’s product caused. The exception applies when the defendant’s product was intended to be used with another product for the very activity that created a hazardous situation, according to the opinion.

Sherman provided evidence that Hennessy’s predecessor’s machine was designed to abrade only a certain type of drum brake lining, that contained asbestos, and that he suffered exposure to the asbestos dust from the late 1960s to mid-1970s when brake linings almost universally contained asbestos.

The court found that Hennessy had a duty to warn because the “intended use of [the] product inevitably create[d] a hazardous situation” when used in conjunction with the brake linings.

The case was reversed and remanded to the trial court, denying Hennessy’s motion for summary judgement and requiring they pay for Sherman’s attorney costs on appeal.

The case is Sherman v. Hennessy Industries, Inc., Case number B252566 in the Court of Appeals of California, second District.

Click to learn more about LawyersandSettlements.com
LawyersandSettlements.com is an online news and information site for the general public and legal community. As a legal news resource, we have emerged as an independent & trusted voice. We provide detailed and quality information on various lawsuits filed including Drugs & Medical Cases, Environment Cases, and Personal Injury Cases.