Asbestos: The Migration of a Killer

Residents of this small town whose health was affected over years of exposure to asbestos particles from the former W.R.Grace vermiculite mine have been fast-tracked to receive a $400,000 settlement award via the Spector-Leahy Asbestos Bill. Virtually the entire town was negatively impacted by the fallout of asbestos production, with death rates many times above the national average. At its height of production, W.R. Grace was spewing 5,000 pounds of asbestos-laden ash into the air every single day--particulate that would drift, and settle for miles.

W.R. Grace closed the mine in 1990, and has had to settle numerous personal injury claims on the part of mine workers and their families. 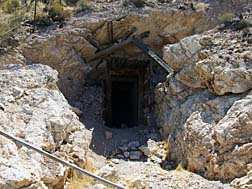 However, the fallout from W.R. Grace does not end with Libby, Montana. Concern is now being expressed surrounding past shipments of asbestos-contaminated ore to other parts of the U.S. Encompassing a 45-year period starting in 1948, W.R. Grace shipped more than 5.8 million tons of the known carcinogens from its mine in Libby to 236 different regions in 39 states. The feds are currently undertaking an investigation into the 28 largest centres receiving that contaminated ore, to gauge the impact on area residents within close proximity to where the material wound up.

Given the multi-count criminal indictment handed to W.R. Grace officials in 2005 by a federal grand jury, and responsibility assessed to the company, the government wants to know how many other Americans, and the communities in which they live, have been adversely affected by the presence of ore shipped from Libby covering the period 1948 to 1993.

At the time of the indictment, W.R. Grace was accused of concealing from the Environmental Protection Agency (EPA) damning information relating to the dangers of asbestos contamination--specifically, studies completed in 1976, 1981 and 1982.

As a result, there is concern that the same data revealed in the aforementioned studies could have a bearing with anyone who may have come into contact with the asbestos-contaminated ore in as many as [40 hot spots] around the nation that received 10,000 tons from W.R. Grace in Libby.

The W.R. Grace mine in Libby closed. However, it is surprising to learn that as much as we know about asbestos and its cancer-causing effects, and as efforts to mitigate its use continue, asbestos is still mined and shipped, specifically, from Canada--and two active asbestos mines operating in the province of Quebec. Even though Canada pays lip service to the evils of the known carcinogen and has taken steps to remove asbestos from public buildings, Canadians--like their American neighbours--have resisted an outright ban, much to the chagrin of 40 nations around the world that have enacted complete bans.

What's worse is that 95 per cent of Canadian asbestos is shipped overseas to developing countries--most of that landing in India, where asbestos is used primarily as an additive for cement.

It is interesting that India cannot mine asbestos legally, so it imports what it needs from countries still willing to do so.

Asbestos is used to strengthen cement, a common building material in India, which has about 50 plants dedicated to the production of cement for private homes and public buildings. A concern, however, is the chasm that exists between the ideal of a thorough, seven-page protocol governing how workers may interact with asbestos safely, and the reality that many workers in India are clad only in t-shirts, shorts and flip flops, all the while breathing in cancer-causing fibres that go straight to the lungs and provide a recipe for lung cancer, asbestosis and mesothelioma.

A safety protocol that, presumably, is enforced amongst the Quebec miners in Canada.

On the surface, asbestos shipped overseas and locked into cement may not be worrisome. However, cement can break down over time. And future building renovation has the capacity to expose asbestos particles to the air.

More News
The fact that 40 countries have already banned the production, and use of asbestos reveals something that Congress in the US and Parliament in Canada have yet to realize: that a globalized economy, and the migration of thousands of people hopping throughout the world, has the potential to bring it all home again.

Asbestos production in Canada may be worth $93 million a year, with most of it exported across the oceans. But just because it's out of sight, doesn't necessarily mean it should be out of mind.

And asbestos fibers riding home on someone's shirtsleeve, gathered from a stroll past a dusty renovation site somewhere in India managed by workers unaware of the lethal characteristics of the dust, is sometimes all it takes to infect a life, or a family.

In spite of bans and newfound awareness of the dangers of asbestos, The World Health Organization estimates that asbestos kills at least 90,000 people every year.

That number represents about half of all occupational cancer deaths in the world.