Mesothelioma Victim Awarded $8.75 Million Has Only Months to Live

He’s 65, a father, a grandfather and a few years into his retirement, looking toward his twilight years that statistically should number about 17. That translates into a life expectancy that would take him into his early eighties. But it has not worked out that way for David Hoff, a resident of Beaverton, Oregon. Hoff is living with a diagnosis of Mesothelioma. He’ll be lucky if he sees 67, as opposed to 82. 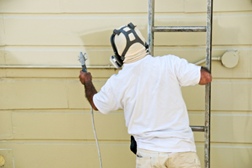 According to The Oregonian (06/03/16) Hoff was recently awarded $8.75 million in an Asbestos lawsuit he launched against three defendants, two of which reached a confidential asbestos mesothelioma settlement with the plaintiff during trial, leaving Kaiser Gypsum the lone defendant that took the trial to its conclusion.

Hoff was a carpenter in his twenties, deployed to construction sites where workers applied drywall compound to drywall, before the product was sanded, releasing compound dust into the air. It is alleged that the drywall compound manufactured by Kaiser Gypsum contained asbestos. Hoff was diagnosed with asbestos mesothelioma just a few years ago, keeping to the incubation profile of mesothelioma that can lie in wait for decades before suddenly emerging.

Mesothelioma asbestos cancer is not curable. It remains a virtual death sentence for anyone diagnosed with Mesothelioma, a cancer that affects the lining of the lungs.

In Hoff’s case, he had no identifiable health problems until his early 60s, when he consulted a doctor for an unrelated complaint involving his kidneys. An imaging scan revealed a small buildup of fluid near Hoff’s lungs. He was formally diagnosed with asbestos mesothelioma in August, 2015.

He has since had one of his lungs removed, which will not prevent death but buy him some time. Doctors have told him he has, perhaps, 18 months left at most. Hoff attempted to attend his trial when it began in May, but after a few days had to beg off due to illness and was hospitalized.

More ASBESTOS MESOTHELIOMA News
At trial it was revealed that Kaiser Gypsum stopped manufacturing the spackle drywall compound in 1975 on its own volition, even though the US Environmental Protection Agency was starting to make noise about the dangers of asbestos at about the same time.

Hoff’s asbestos compensation trial revealed that Kaiser may have known about the potential for asbestosis and asbestos cancer associated with its product as early as 1965.

While it is not known if Kaiser plans to appeal the verdict, Kaiser Gypsum has moved to have the verdict overturned. If that happens, Hoff may never live to see his asbestos claims turn into cash. The jury in his trial awarded Hoff $750,000 for medical expenses, and $4 million for pain and suffering. Hoff’s wife Patricia was also awarded $4 million for her suffering up to this point, and beyond following the certain loss of her husband.

Click to learn more about LawyersandSettlements.com
LawyersandSettlements.com is an online news and information site for the general public and legal community. As a legal news resource, we have emerged as an independent & trusted voice. We provide detailed and quality information on various lawsuits filed including Drugs & Medical Cases, and Workers Compensation Cases.