When Lester Lewis "Les" Skramstad died at age 70 several months ago, he left a legacy of community advocacy on behalf of asbestos victims.

Skramstad died at his home in Libby, Montana, following a long battle with mesothelioma, an asbestos-related illness. Even as he struggled in his last weeks, he remained outspoken on behalf of his town, and all those affected by asbestos. 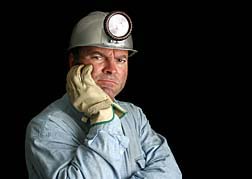 Vermiculite Mine was the Source
Skramstad settled in Libby, Montana in 1954, at age 18. For a time he was employed at a Zonolite vermiculite mine in Libby, as a sweeper. The Zonolite Mountain mine once produced 80 percent of the world's supply of vermiculite. Vermiculite, which was used in more than 35 million homes across the country, contains tremolite, a form of asbestos.

The government has since found that asbestos has poisoned the region's air and soil, extracting a near death-sentence on the town of Libby. The Missoulian newspaper reports that least 295 people in the town of 2,700 have died of asbestos-related diseases, 40 to 60 times the national average. According to the Asbestos Disease Awareness organization, one of every eight residents of Libby suffers from asbestos-related disease.

Interviewed for ABC's Nightline program in 2005, Mr. Skramstad said: "If they'd just come out and said, 'Hey, you're dealing with a deadly product here, it's going to kill you,' then it would have been up to me. If they would've even hinted that, I would have quit before I even started. Because nobody in their right mind would do a job that involved taking a product home that they were working with and infecting their family. I mean, that's -- that's unbelievable for anyone to do something like that."

Activism Brought EPA Action
Mr. Skramstad was diagnosed with asbestosis in 1996. After learning that 130 others he had worked with were now gravely ill with asbestos-related conditions, Mr. Skramstad attempted to alert local and state authorities, but felt that he was stonewalled. Finally, he took W.R. Grace, the company that owned the mine, to court. Mr. Skramstad won the first jury award in Libby against the company.

A Seattle newspaper exposé in 1999 brought the issue to the attention of the U.S. Environmental Protection Agency. A subsequent federal investigation found dangerous levels of asbestos and uncovered company documents showing that officials knew of the danger to workers for more than 30 years. The EPA estimated that the mine discharged at least 5,000 pounds of asbestos a day into the air, with dust spreading as far as 30 miles.

The EPA called the contamination "the most horrific environmental disaster in this country's history." Federal investigators indicted Grace and seven of its former managers on charges of conspiring to conceal the health risks posed by the mine.

Grace, a $1.6 billion chemical and building materials company, which paid tens of millions in individual claims, closed its facilities in 1990.

Posthumous Award
The Asbestos Disease Awareness Organization (ADAO) will honor Skramstad with the Alan Reinstein Memorial Award, created in honor of Alan Reinstein, an asbestos activist, before he died of mesothelioma about a year ago.

More News
Skramstad is remembered for "his unwavering commitment to justice and asbestos disease awareness," writes the ADAO. Fellow activists recalled that after he received his settlement, Mr. Skramstad didn't take a break: he continued to lobby Congress and spearheaded a victims' support organization that continues as part of his legacy.

Linda Reinstein, Executive Director and Cofounder of ADAO said: "Les not only fought a deadly asbestos disease, but also worked for decades to raise awareness about its dangers. We will always remember him as we continue our fight to prevent diseases caused by deadly asbestos fibers."

Skramstad will be remembered for many things by friends and family, but his community will remember his bravery in standing up for their rights. As former Libby resident Margy Umberg said: "If there was ever anyone who had their moral compass pointing in the right direction, it was Les."

If you or a loved one is suffering from lung cancer, asbestosis, mesothelioma or other asbestos-related diseases caused by exposure to asbestos or asbestos containing products, please contact an [Asbestos and Mesothelioma Lawyer] who will review your case at no cost or obligation.
Request Legal Help Now