One of the recurring themes with asbestos, whether dealing with asbestos drilling mud, asbestos in construction or asbestos in any of a number of other industries, is that asbestos exposure can come back to haunt a person many years later. And it does not matter if a person was exposed to asbestos through drilling mud or any other manner, that exposure has been linked to illness decades after the fact. 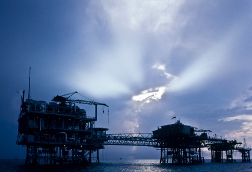 Workers who used asbestos in drilling mud, mixing it into the mud for its bonding and heat-resistant qualities, were routinely exposed to asbestos from the 1960s to the 1980s, often without the proper protective gear, putting them at risk of serious health problems such as mesothelioma, asbestosis and lung cancer. These workers can include mud engineers, roughnecks, mudhands, drillers and floorhands. Decades after they were exposed to asbestos, they can be diagnosed with asbestos-related diseases.

Some of these workers have filed lawsuits against the companies they hold responsible for their asbestos exposure, for failing to protect employees from the carcinogen. According to Law360 (7/23/13), 10 plaintiffs filed a lawsuit (case number 3:13-dv-00477) against a variety of oil companies, alleging the companies knowingly exposed workers to asbestos, causing the workers to develop “asbestos maladies.”

More ASBESTOS DRILLING MUD News
In fact, many asbestos lawsuits allege the companies involved either knew or should have known about the risks to their employees of asbestos exposure, but failed to either warn employees or properly protect them. Over the course of a career in certain industries, employees could be exposed to asbestos from a number of sources, and a variety of companies, which is one reason many asbestos lawsuits involve a number of defendants.

One asbestos drilling mud lawsuit resulted in an award of $322 million for the plaintiff, who alleged he developed asbestosis as a result of asbestos exposure while mixing drilling mud. That award, however, was thrown out after the defendants, Union Carbide Corp., argued the judge was biased because his parents had been involved in similar litigation. On a second trial, a jury found in favor of Union Carbide Corporation, according to Associated Press (4/27/12).