For Memorial Day Safety, Statistics Aren't on Your Side

The approach of Memorial Day heralds the start of the busy summer season, when families do most of their leisure time and other activity together (as opposed to separately). And yet, as welcome as the onset of Memorial Day is, there is an underlying current of caution… 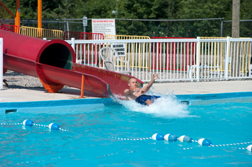 Disaster can happen—be it on the roads, in a pool, at an amusement park. Some of these tragedies will be accidental, while others will be preventable. It is the preventable tragedies, sometimes caused by negligence, that represent the most angst and frustration.

According to statistics maintained by the National Highway Traffic Safety Administration (NHTSA) and published by the NHTSA and the National Center for Statistics and Analysis (NCSA), the Memorial Day weekend is one of six dates in the year where the number of total occupant fatalities for vehicle accidents is highest. This differs from such fatalities, suffered by pedestrians or lone drivers, which occur at other times of the year.

That's because occasions such as Christmas and New Years, the 4th of July (the highest of all the holidays for occupant fatalities) and Memorial Day, is when families most often travel together—to visit family, or to access amusements such as theme parks.

According to NCSA figures, there were between 3,000 and 3,500 total vehicle occupant fatalities over the Memorial Day period in the US between 1975 and 2002.

This fact is borne out when one recalls the collapse of the I-40 bridge over the Arkansas River early in the morning of Memorial Day, 2002. This year will mark the 10th anniversary of that tragedy, in which 14 people died when a section of the bridge was wiped out after being hit by an empty barge. According to a CNN report at the time, ten vehicles went over the side to the murky depths below.

A review of the names of the deceased reveals of the ten vehicles, four contained couples or families. One vehicle contained the Johnson family from Lavaca, Arkansas: James, his wife Misty and daughter Shea, who was just 3 years old. According to the CNN report they were on their way to the zoo for some Memorial Day fun. They never made it.

The state of Oklahoma later sued the driver of the barge—who was identified as having a heart condition and had blacked out—and two other companies. It is not known if any of the estates of the victims sued as well, but it does raise the litigation specter.

More ACCIDENTS News
As families pursue Memorial Day leisure time activities, they will often frequent amusement parks, play parks, restaurants, large BBQ events and other such events, which cater to a lot of people in groups.

It is on these occasions that things such as lax oversight in food preparation, poor maintenance of theme park rides, or insufficient supervision at water parks and pools, begin to reveal themselves.

Memorial Day is an occasion for families to get together, blow off the cobwebs of winter and have some fun with an eye to the summer season ahead. However, it is useful to know that on holidays such as these, statistics are not on your side—and it behooves families to make a greater effort to be, and stay safe.

LawyersandSettlements.com urges everyone to be safe--from the road to the rollercoaster--this Memorial Day weekend.

If you or a loved one have suffered losses in a similar case, please click the link below and your complaint will be sent to an accidents lawyer who may evaluate your claim at no cost or obligation.
Request Legal Help Now