The State of Hawaii is suing Ford, Nissan and Toyota for marketing and selling vehicles with Takata airbags that could potentially explode and cause injuries or death. 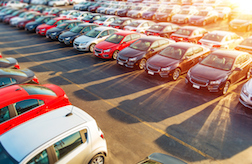 The Takata lawsuit alleges that Toyota, Nissan and Ford knew or should have known for more than a decade that Takata airbags installed in their vehicles could explode and cause injuries or death. Instead of warning the public, each automaker "turned a blind eye" to the potential danger, according to the complaint.

Takata airbags have been the subject of massive recalls and hefty fines. In January 2017, the US Justice Department ordered Takata to pay $1 billion to the US Government for concealing information about its defective airbags, which have caused several deaths.

Takata airbag injuries have been linked to the airbag’s inflator, which in some cases has ignited with explosive force in a crash, spraying metal shards from the airbag throughout the cabin.

In March 2017, the issue of unrepaired, recalled airbags in used cars made the news when a Las Vegas woman was seriously injured when a Takata airbag that was removed from a separate vehicle was installed in the used 2002 Honda Accord she was driving when she was injured.

The CCA issued a news release about the lawsuit, which alleges that the automakers used ammonium nitrate propelled airbags because they were cheaper, "despite publicly available information that ammonium nitrate, a chemical principally used to propel rockets and for mining and demolition, was volatile and unpredictable," according to the news release.

"This is especially true in hot and humid climates like Hawaii, where temperature changes and moisture can accelerate the breakdown of the chemical propellant and cause it to explode," the news release stated.

The lawsuit alleges that Hawaii residents have always been at a "significantly greater risk of overly aggressive combustion, rupture and injury or death" caused by Takata's unsafe airbags.

More DEFECTIVE AIRBAG INJURY News
In May 2016, Hawaii was the first state to file a separate lawsuit against Takata and Honda for causing millions of cars to be sold with the dangerous airbags.

In the CCA news release, Stephen Levins, executive director of the State Office of Consumer Protection, said that every company selling goods to Hawaii consumers has a responsibility to be honest about the safety and the risks of their products. "This is especially true where the goods they are selling are supposed to protect, not injure," he said.

"The longer these vehicles stay on the road, the more dangerous they become," according to the CCA news release. "Last summer, NHTSA found that some older vehicles contain airbags with a 50 percent chance of rupture in the event of a crash. Yet, as of last month, NHTSA reports that Toyota, Nissan, and Ford have repaired less than a third of affected airbags."

Click to learn more about LawyersandSettlements.com
LawyersandSettlements.com - A trusted, independent legal news provider bringing quality news and information on all legal cases and lawsuits filed in United States of America to its readers since 2002. Over 250,000 legal help requests including Defective Product Cases, Automotive accidents, and Personal Injury Cases have been forwarded to lawyers all across to the country.