The Growing Concern over Recalled Airbags in Used Car Repairs

Airbag injuries suffered by unsuspecting victims are frustrating enough when caused by a safety device designed to protect, rather than injure. The massive Takata airbag recall involving millions of vehicles is the most widely-cited example of the problem. However a lesser-known issue, but one just as compelling involve used airbags and recycled airbags that have the capability of injuring, or causing death. 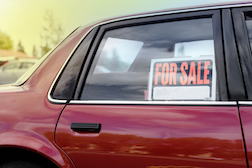 Las Vegas resident Karina Dorado was hospitalized for weeks following an accident involving her used car. CBS4 Miami (05/17/17) reports that when her defective airbag deployed, shards of metal spewed forth from the airbag casing, piercing her throat.

The victim’s airbag failure attorney told the TV station that her client did not realize that her used car had been previously involved in a collision, and repaired. Whoever repaired the car sourced a recycled airbag from another car and resold the vehicle. The recycled airbag was taken from a Honda vehicle. Honda has been a major client of Takata, the company at the center of the largest automotive recall in US history over defective airbags.

And now, those defective side airbags, curtain airbags and primary airbags are winding up in used cars without the purchaser ever knowing the risk. It’s a growing concern, and the latest spin on the massive Takata airbag recall.

CBS4 reports that many of the airbags showing up online for resale correspond to vehicles listed on the Takata airbag recall database maintained by the National Traffic Highway Safety Administration (NTHSA).

CBS4 set out to buy two of the recycled airbags advertised online. One was being sold by a woman whose son bought the airbag from a junkyard for a car he was fixing up, only to decide later to abandon the project. The woman had no idea the airbag she was selling on behalf of her son was originally part of the airbag recall.

The other vendor operated a used car and parts business in Broward County, Florida. He told CBS4 that it was up to the buyer to research the origins of a car, or a part being purchased. The airbag he was selling, it turns out, was also part of the original airbag recall of defective airbags that cause airbag injuries.

Yet finding that information isn’t easy, according to Michael Brooks with the Center for Auto Safety. He said in comments to CBS4 that replacement parts form salvage yards cannot be individually tracked.

“There should be a database of some sort that tracks each air bag by the serial number or any recalled part,” said Brooks.

Chris Basso, of Carfax, echoed those comments to CBS4. “The ones that are showing up on the recall list can slip through the cracks and end up in your vehicle, and if you’re in a place that’s got high heat and humidity, like Miami, then you’ve got a potential for disaster.”

Airbag failure involving a defective airbag as a replacement part that causes airbag injury can be traced back to the vendor of the defective part. That vendor could be charged for knowingly selling defective airbags. The key word here is ‘knowingly.’ Most either don’t know and can’t trace the origins, or are well aware of the liability and thus make no attempt to trace the part back to its source.

More DEFECTIVE AIRBAG INJURY News
And most people who buy a used car do little due diligence beyond affirming the vehicle hadn’t been involved in a previous accident – and if it was – verifying that it was properly repaired and safe to drive. That’s it.

As compelling as the airbag recall has been – and the efforts involved to have those cars with side airbags and other defective airbags refitted with safe airbags – the used car market and the inherent risks represent a serious companion issue that will reverberate through the courts in tandem with the primary Takata airbag recall.

Dorado is reported to be considering a defective airbag lawsuit. At 18 years of age, she still has a hole in her trachea that will need surgical repair later. Her vocal chords were damaged, and while her voice is coming back, she will likely need speech therapy.

Posted by
Janet Marie Claws
on June 11, 2017
I own a Subaru Tribeca which is part of the airbag recall. First I receive a letter and when I contact my Subaru dealer, I am told there is a waiting list of 10 months to a year for a replacement airbag. Next I receive a letter that states I need to have no one riding in the passenger front seat as the airbag is dangerous. I am quickly losing trust in Subaru.
Now 10 months later, I get a phone call from the Subaru dealer telling me the part has arrived. Problem. I am working in another part of the state for the summer. Subaru can only fix it monday-friday 8-4:30. Subaru told me that it is an all day repair and I have to take off a full day of work and lose a full day's wages, plus I am going to have to drive over 200 miles back to my home town. Taking that day off risks losing a summer contract position. Will Subaru pay for my lost wages, my driving expenses back to dealer, and support me when I lose my job for taking off for the day? I am not happy with Subaru.