Airbag Lawsuits Dismissed as Parties Try to Work Out Settlement

Two lawsuits filed in North Carolina last year against Takata Corp. over defective airbag injuries were voluntarily dismissed in January 2017 in favor of trying to work out a settlement, according to the Winston-Salem Journal. 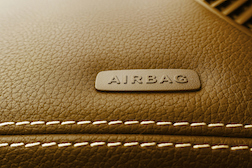 The Winston-Salem Journal article did not disclose settlement details.

The lawsuits, one filed in Guilford Superior Court and a separate lawsuit in Forsyth Superior Court, were filed in 2016. The Forsyth County plaintiff alleged that a Takata airbag exploded in his face and caused major brain damage, a ruptured right eye and facial fractures, according to the Winston-Salem Journal.

The airbag allegedly exploded while the man was driving his 2014 Chevrolet Silverado, knocking him unconscious and causing his car to slam into a tree, the Winston-Salem Journal reported.

According to the article, the airbag allegedly smashed into the driver's face so hard that "his face was crushed, breaking numerous bones in his face, knocking out most of his teeth and causing serious injury to his eyes, nose and head."

According to the Winston-Salem Journal, the other lawsuit claimed that a faulty airbag deployed with excessive force and injured a woman as she drove her 2001 Honda Accord: "The lawsuit states excessive pressurization caused the airbag to violently explode and resulted in the loss of Valissa Dillard’s right eye, injured her nose, face, mouth and teeth and caused brain damage."

In January2017, the US Justice Department announced that Takata must pay $1 billion to the US Government for hiding information about its defective airbags. The airbags have caused several deaths, and the Takata airbag recalls are the largest in US history.

A month later, the Washington Post reported that court documents on a lawsuit for airbag injuries filed in 2015 allege that five automakers knew of the Takata airbag defects that could harm or kill people but continued to use them anyway "to save on costs."

More DEFECTIVE AIRBAG INJURY News
After Takata admitted to the Justice Department in January 2017 that its employees intentionally falsified and omitted data in order to present its airbags as safer and then provided the false information to auto companies, automakers argued that they shouldn't be held liable in the lawsuit.

“For the automotive defendants to call themselves victims insults the real victims here — hundreds of people who have been seriously injured or killed by a device that was supposed to protect them, and tens of millions of vehicle owners who have been forced to bear the risk of such injury and incurred substantial economic damages,” the documents say, according to the Washington Post.
READ ABOUT DEFECTIVE AIRBAG INJURY LAWSUITS

Posted by
S Surratt
on April 23, 2017
TAKATA AIRBAGS ARE UNSAFE AND ARE SUPPOSE TO PROTECT NOT KILL, MANE, THEREFORE SPEAKING FROM DIRECT EXPERIENCE TAKATA AIRBAGS LET ME DOWN BIG TIME & TAKATA AIRBAGS IN A CONSUMERS FACTUAL ASSESSMENT OWES ME 100,000.00 OR MORE .....
VERY, VERY INTERESTING THAT WINSTON SALEM, NORTH CAROLINA DECIDED TO DISMISS LAWSUITS AGAINST TAKATA -WHEN THE BIGGEST AWARD AGAINST TAKATA IN THE BILLIONS WITH A (B..)

TAKATA YOU OWE ME FOR YOUR FAULTY TAKATA AIRBAG THAT NEVER NEVER NEVER SHOWED UP IN THE WORST WRECK OF ONES LIFE......
SMH