Takata Airbag Injury Plaintiff Almost Lost an Ear, Could Have Been Worse

Sara Baker had just picked up her son from the sitter when her compact car was involved in a collision that deployed the Takata-manufactured airbag in Baker’s car. The airbag deployed with such force that shrapnel from the canister flew toward the driver and caused severe lacerations, including grievous airbag injuries to her left ear. 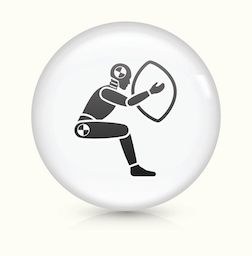 “All I remember is that I was being rushed to the hospital because my ear was falling off,” said the Miami resident in comments to CBS 4 Miami (02/05/15) days after the accident happened in February, 2015. Baker, who was photographed for the television interview with her head wrapped in gauze bandages, told reporters her left ear was hanging by a thread after shrapnel from her airbag slammed into her with extreme force.

“I’m hoping my hearing comes back,” she told the news crew from CBS 4. Even so, it could have been far worse, and Baker knows she is lucky to be alive. “I’m thankful it didn’t hit the nerve it could have hit, because if it did I would have been left with no motion on the left side of my face…”

Baker, who is a plaintiff in a Takata airbag injury lawsuit, could have suffered the same fate as Huma Hanif, who died a little more than a year ago on March 31, 2016 when her 2002 Honda Civic rear-ended another vehicle in Fort Bend County, Texas. According to media reports, the crash was not particularly violent and Hanif should have walked away from the collision. Instead, shrapnel from the containment canister when the airbag inflated sent razor-sharp shrapnel through the airbag, slicing into Hanif’s carotid artery in her neck.

Hanif was the 10th victim to die in the US from exploding Takata airbags. She was 17 years of age. There has since been another documented death, bringing the airbag death toll to at least 11 in the US.

The issue continues to be the use of ammonium nitrate in concert with canisters that do not succeed in preventing moisture, or condensation build up from high humidity and extreme temperature changes. The less-expensive ammonium nitrate is finicky and is reported to become less stable with age, or in areas where there is high humidity.

Plaintiffs in airbag lawsuits assert that Takata knew about the potential liabilities and safety issues through the use of ammonium nitrate, but continued to market their products to the automotive industry as a cheap alternative to more expensive airbag solutions.

The airbag failure debacle has led to the largest automotive recall in US history, with damages into the billions of dollars. Last month Nissan Motor Co, Ltd. asked a Florida court to order Takata Corp. to reimburse Nissan for any costs stemming from Nissan’s position as a defendant in airbag injury multidistrict litigation.

The case is In re: Takata Airbag Products Liability Litigation, Case No. 1:15-md-02599 in the US District Court for the Southern District of Florida.

Posted by
Richard N Stevenson
on April 9, 2017
Damn I guess I was lucky my airbag didnt deploy
Of course I received a broken sternum,heart contusion,blood surrounding heart
Posted by
Janet Marie Clawson
on April 9, 2017
I was shocked when I received a recall notice from my Subaru dealer three weeks ago for my 2005 Tribeca. I called and was told that the right front passenger side had Takota airbags. I asked what to do and was told that replacements were weeks and maybe months away.
I was more shocked when I was told not to have any passengers riding in the front of the car. What? The Subaru dealer told me to keep the front seat empty and have passengers only ride in the back. What about the driver - which is in this story? Subaru told me that drivers were safe, it was the passengers in front that risked death from the exploding air bag.
Guess it is acceptable to be injured as a driver, since I was told by the Subaru dealer that the Takota air bag will only kill the passenger, not the driver.