The $1 Billion settlement in association with Takata airbag injuries (including at least 11 deaths which have been documented in the US), appears to be setting up a showdown between plaintiffs and automotive manufacturers caught up in a wave of airbag lawsuits involving the defective airbags. 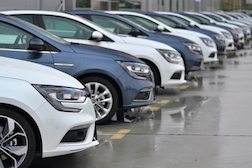 The airbags in question have been found to become unstable in humid conditions due to the choice of accelerator used to inflate the airbags, identified as ammonium nitrate. When the latter becomes unstable defective airbags can, and have inflated with such force and volatility that both airbags and inflators have shattered, sending shrapnel and debris directly out to occupants, many of whom have suffered grievous airbag injuries – or even death.

Takata Corp. admitted to falsifying test data and accompanying reports associated with its defective airbags, and has agreed to extend compensation to victims. Two funds are being established: a fund worth $850 million that will primarily be directed to automakers to settle accusations of data falsification, as well as $125 million as restitution for consumers either already injured – or those who will become injured by defective airbags while waiting for the largest recall in automotive history to run its course.

With Takata admitting to falsifying data and agreeing to a $25 million criminal fine over and above the aforementioned amounts, automotive manufacturers caught in the web of litigation over the defective front and side airbags, are positioning the admission of guilt by Takata as an absolving of guilt.

Last month at a hearing in Miami, spokespersons for the automotive industry opined to US District Court Judge Federico Moreno that Takata’s agreement to settle absolves the automakers of liability. In sum, the settlement agreed to by Takata demonstrates that automakers were not aware air bags were defective when installing them in vehicles.

More DEFECTIVE AIRBAG INJURY News
But plaintiffs in defective airbag lawsuits say, not so fast: they continue to hold that manufacturers such as Ford, Nissan, Honda, Toyota and BMW knew full well that Takata airbags were far from safe, but for years looked the other way in deference to the lower price point Takata air bags afforded the manufacturers.

Ammonium nitrate inflators are less expensive than alternatives, but more volatile. Defective airbag attorneys for the plaintiffs characterized the manufacturer’s claim to be victims, as nothing short of ‘ludicrous.’

Thousands of defective airbag lawsuits alleging airbag injury are nesting in multidistrict litigation. The case is In re: Takata Airbag Products Liability Litigation, Case No. 1:15-md-02599, in the US District Court for the Southern District of Florida.