LAWSUITS NEWS & LEGAL INFORMATION
Home Page >> News Articles >> Despite $1B Penalty by the Feds, It’s No..

Despite $1B Penalty by the Feds, It’s Not Over Yet for Takata: Airbag Injuries

The massive $1 Billion criminal penalty announced by the US Department of Justice earlier this month surrounding defective Takata airbags is not, in reality, an end to the troubles for the beleaguered Japanese manufacturer. Just one day after the Christmas holiday this past December, German automotive manufacturer BMW announced a recall of nearly 200,000 vehicles currently on the road in China due to defective airbags supplied by Takata. Meanwhile, for owners of vehicles yet to undergo a replacement associated with the largest vehicle recall in US history, airbag injuries remain a threat due to the inherent instability of ammonium nitrate. 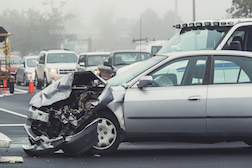 Airbag injuries from airbag failure related to the defective airbags manufactured by Takata have been oft-times horrific. Shards of metal from the airbag casing, torn apart when the unstable ammonium nitrate explodes with intense force, have caused airbag injuries ranging from lacerated jugular and carotid arteries and other injuries to the face and neck, to shards of metal in the eyes. There have been at least 15 deaths attributed to the defective airbags worldwide, 11 of those in the US alone. Reports of airbag injuries have exceeded 150.

Congressman Bob Latta (R-Ohio), who chairs the Digital Commerce and Consumer Protection Subcommittee, noted following the announcement of the criminal penalty that while “today’s settlement is welcome news,” he said in a statement issued January 13, “it doesn’t change the fact that eleven Americans lost their lives because of Takata’s failures.

The fact that Takata agreed to pay a criminal penalty differs from most other settlements, in that defendants most often escape having to admit to wrongdoing. That wasn’t the case here, with three of Takata’s executive team indicted for wire fraud and conspiracy.

“Takata deeply regrets the circumstances that have led to this situation and remains fully committed to being part of the solution,” Takata said in a statement released in association with the DOJ announcement. “Reaching this agreement is a major step towards resolving the airbag inflator issue and a key milestone in the ongoing process to secure investment in Takata.” The statement was over the signature of Takata head Shigehisa Takada.

More DEFECTIVE AIRBAG INJURY News
Investment is key to the continued viability of Takata, which was hinting in the fall of last year that it was looking at potential restructuring. Just over a year ago, Takata was hit with a $200 million penalty from the National Highway Traffic Safety Administration (NHTSA) over the airbag failure issue. At the time Takata was forced to admit that it failed to alert the NHTSA once Takata learned of the issue. Takata was also made to admit that it withheld relevant investigative data pertaining to the airbags and the company’s switch to ammonium nitrate due to its lower cost, despite its tendency to become unstable in humid conditions.

Posted by
nancy armida
on March 8, 2017
i was just in an accident earlier this year with 2006 Toyota, side bags did deploy but chunks of metal were all over the car. I just got a call yesterday that my car was on recall, but it was already considered a total loss since bags were deployed, yet theyshould have been fixed