Another Airbag Lawsuit Filed Against Takata 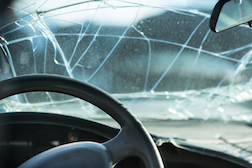 The Takata lawsuit was filed by Cecelia Dowdye, a Florida woman who was driving her daughter's 2006 Mazda 6 when she was involved in a low-speed crash. According to WFTV 9 (9/30/16), during the crash the airbag exploded sending shards of metal into Dowdye's neck and chest. Months later, she reportedly still has scarring, numbness, and pain.

Although a large-scale recall of Takata airbags has been announced, some vehicle owners are concerned dealerships do not have enough parts to make the replacement, so they are stuck driving with a potentially faulty airbag.

In late August, meanwhile, a South Carolina jury found Ford Motor Company to be partially responsible for the suicide of a man who died after he was injured in a car crash. John Wickersham was injured when his car hit a tree during a rainstorm in 2011 and his airbag failed to deploy properly. Due to late airbag deployment, Wickersham's upper jaw, cheekbones, rib, and skull were all injured. He also ultimately lost his left eye.

Wickersham suffered lasting pain and was on pain medications, which have been linked to suicidal thoughts. He committed suicide in 2012. The jury found Wickersham also partially at fault and awarded his widow $3.26 million, including $1.25 million for John Wickersham's pain and suffering prior to his death, and $1.375 million for his widow's loss of consortium after his death. It did not, however, award punitive damages, finding Ford did not act maliciously.

Ford has said Wickersham's injuries were the result of his own actions and failure to properly restrain himself in the vehicle.

More AIRBAG INJURY News
Although many lawsuits allege defective airbags cause serious harm to vehicle occupants, one lawsuit alleges a dealership disconnected a vehicle's airbags, resulting in the death of two people involved in a car accident. The lawsuit was filed by the children of Mark and Darla Burns, who died in a head-on crash while driving their 2007 Kia Sedona. The Fort Worth Star-Telegram (9/19/16) reports Mark, Darla and Wanda - the children’s grandmother - Burns died in the car crash, in which the airbags failed to deploy at all.

The plaintiffs allege the used car dealership, from which the victims bought the vehicle three weeks before the crash, disconnected the airbag fuse and replaced the sensor in the front seat. An attorney for the defendants says the dealership did not tamper with the vehicle and believed the vehicle was safe. According to the lawsuit, however, the vehicle was tampered with to address issues with the airbag warning light remaining on.

The Wickersham lawsuit is Wickersham v. Ford, case number 9:13-cv-01192, in US District Court, for the District of South Carolina.

If you or a loved one have suffered losses in this case, please click the link below and your complaint will be sent to an automotive accidents lawyer who may evaluate your Airbag Injury claim at no cost or obligation.
Request Legal Help Now