Many state legislatures in the US spent the first quarter considering reform proposals that increased coverage for first responders who suffer mental stress injuries, according to Business Insurance. 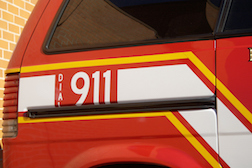 "Several states took up legislation aimed at increasing coverage for first responders by lowering the bar for receiving benefits for mental health injuries or establishing presumption for PTSD and certain cancers," according to Business Insurance.

According to the article, New York included a provision in its 2017-18 budget that would make it easier for first responders to receive workers' comp benefits for mental injuries such as post-traumatic stress disorder (PTSD). Montana passed a bill, later tabled by the House of Representatives, that would provide specific coverage for firefighters for presumptive illnesses, conditions caused in the course of firefighting duties.

The dangerous and often deadly work of first responders such as police officers and firefighters can lead to numerous illnesses and injuries including mental stress, heart attack and other injuries. Some states already allow first responders to possibly be eligible for workers' compensation due to injuries stemming from on-the-job duties.

California Labor Code 3212 allows law enforcement and corrections officers, firefighter and other types of first responders to possibly be eligible for benefits under the California workers' compensation system.

The recent flurry of workers' compensation reform proposals may have been at least in some part politically driven, according to Adam Brackemyre, vice president of state government relations at the Washington-based Self-Insurance Institute of America Inc.

“I would say generally we see more reform attempts in the legislative period just after an election,” Brackemyre told Business Insurance. “The bigger issue is the exploding cost of workers comp. If a program is growing, they need to address how to fund it.”

If you or a loved one have suffered losses in this case, please click the link below and your complaint will be sent to a workers compensation lawyer who may evaluate your Retired CA First Responder Workers Comp claim at no cost or obligation.
Request Legal Help Now

Click to learn more about LawyersandSettlements.com
LawyersandSettlements.com - A trusted, independent legal news provider bringing quality news and information on legal cases and lawsuits filed in the United States of America to its readers since 2002. Over 650,000 legal help requests including Workers Compensation Cases, Employment Law Cases, and Personal Injury Cases have been forwarded to lawyers all across to the country.