Almost 43,000 plaintiffs claiming that Bayer’s Monsanto Roundup weed killer caused their non-Hodgkin's lymphoma have been told by their attorneys that several obstacles must be overcome before reaching the finish line -- the settlement. Bayer says the Roundup settlement may total $10 billion, which makes it one of the most complex and costliest litigations—but still not close to Apple v. Samsung ($40 billion) and the BP Oil Spill ($42 billion). 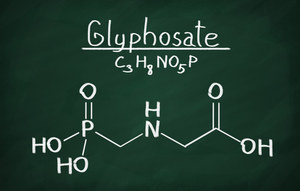 Despite plaintiffs winning the first three Roundup jury trials in the U.S., some legal experts say the Roundup litigation “raises novel questions that may prevent an easy settlement,” reports Reuters. On the other hand, Bayer isn’t keen on facing another jury, having lost three.

Obstacles to a Roundup Settlement


Here are a few obstacles to getting to a Monsanto Roundup settlement:

The Cost of Roundup


Roundup is still being sold in the U.S. (Sales have been banned is some countries, such as Germany.) Removing Roundup from hardware store shelves would cost Bayer about $200 million in annual sales, economic analysts estimate. But that amount is a pittance compared with the cost of litigation—so far. In the wake of Roundup jury verdicts, Bayer lost about a third of its market value, which caused a shareholder revolt. Those shareholders may well be wondering if the $63 billion acquisition of Monsanto Co. in June 2018 was worth it. (The Wall Street Journal called Bayer’s purchase “one of the worst corporate deals in recent memory.”)

More ROUNDUP CANCER News
The $10 billion settlement would comprise $8 billion to pay current plaintiffs and $2 billion to be set aside as a fund for future claims, according to the Wall Street Journal. If Bayer wins its appeals in a higher court, however, it may discourage future Roundup cancer claims, or even wipe out any remaining lawsuits – if the higher court sides with regulators who say the cancer risk doesn’t exist. (On February 10, 2020 Bayer asked a California appeals court to overturn an $86 million verdict (reduced from $2 billion by the trial judge) that found it was responsible for a couple’s cancer caused by its glyphosate-based weed killer Roundup, according to Reuters.

Most companies end mass-tort litigation by recalling, discontinuing, changing or adding warning labels to its product. Not so with the German pharmaceutical and agricultural firm (although Bayer announced in June 2019 a $ 5.6 billion investment to research and develop a glyphosate alternative). "If you're still putting out a product that people claim injures them, I don't know how they can insulate themselves from future liability," said Carl Tobias, a University of Richmond law professor who studies product-liability cases. "I think they're in a bind."

As long as Bayer is on the shelf, litigation will continue…