Monsanto Banned from Hawaii – And How Dangerous is Methyl Parathion?

Monsanto pleads guilty to spraying a banned pesticide on Maui and agrees to settle for $10.2 million 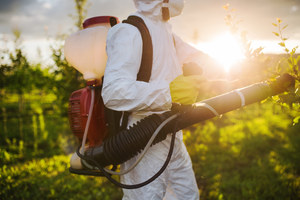 As Beyond Pesticides has previously reported, time and again, Bayer Monsanto is not welcome in Hawaii. On its website, the former National Coalition Against the Misuse of Pesticides calls for action:

“If you’re fed up with revolving door in Washington DC that lets chemical companies write and enforce their own rules, get active in your local community. Only grassroots action will bring these companies to account. Case in point, the present lawsuit was initiated because local advocates drove around cornfields taking pictures of publicly facing pesticide use report logs. A log indicating methyl parathion use was posted online, allowing others to identify the banned chemical, leading to EPA’s criminal investigation. Work to emulate these advocates: gather with friends and family, reach out to your state and local lawmakers, and fight back against toxic chemical use in your community.”

The Department of Justice on November 21, 2019 said that Monsanto sprayed Penncap-M, which contained the banned pesticide methyl parathion, on research crops in 2014, despite knowing that the Environmental Protection Agency prohibited its use after 2013, reported Reuters. Further, Bayer Monsanto said its employees entered the sprayed fields after seven days despite knowing it should have waited 31 days.

Methyl Parathion, the active ingredient in Penncap-M, was sprayed on corn seed and other crops on the Hawaii island of Maui back in 2014. The company also did this knowing that it was banned by the EPA the previous year.

Banned pesticides turn into hazardous waste. And Bayer Monsanto stored over 270 lbs of methyl parathion between the Hawaiian Islands of Maui and Molokai, without requesting and procuring the proper permits. This amount made the company a “Large Quantity Generator” of hazardous waste. The company also transported the waste, but failed to identify it as such on a shipping manifest.

For all this, Bayer Monsanto basically gets a finger wagging, and a fine that is pretty much chump change. Monsanto agreed to plead guilty to the spraying, a misdemeanor, and enter a deferred prosecution agreement for two felony counts of illegally storing “acute hazardous waste.”

The agrochemical giant will pay a paltry $10 million – a $6 million criminal fine and $4 million in community service payments to Hawaiian government entities. The government agreed to dismiss the felony charges in two years if Monsanto honors the agreement’s terms for two years, including maintaining an environmental compliance program at its Hawaii sites.

The company has defended the safety of its Roundup herbicide, saying health regulators around the world have concluded that glyphosate is not carcinogenic. Last month, Bayer said 42,700 plaintiffs claiming to have been exposed to Monsanto’s glyphosate-based products had sued the company in the United States as of Oct. 11, up from 18,400 three months earlier.


What is Methyl Parathion?


The World Health Organization (1996) classifies it as extremely hazardous (Class la) based or oral toxicity; the EPA gives it a Category 1 (highly toxic) and the EU rates it very toxic.

In a public health statement for Methyl Parathion, the Agency for Toxic Substances & Disease Registry (ATSDR), reports the following information is “important because exposure to this substance may harm you and because these sites may be sources of exposure.”

The people who are at the greatest risk of being exposed to methyl parathion are those who work with this chemical, including farm workers. You can be exposed, if you eat food or drink water containing it; if you swim, bathe, or shower in contaminated water; if you touch recently sprayed plants or soil; if you touch contaminated soil near hazardous waste sites; or if you breathe air that contains methyl parathion, it goes into your body quickly and gets into your blood. From your bloodstream, methyl parathion goes to your liver, brain, and other organs.


Adults are Safe from Methyl Parathion Exposure but Not Children?

More ROUNDUP CANCER News
The FDA and EPA permit residues of pesticides to be present in crops used as food, and these amounts are considered to be safe. The EPA, however, has recently used stricter regulations and has canceled the use of methyl parathion on food crops commonly eaten by children. As a result, the exposure of children to methyl parathion from foods will be very small. So, Methyl parathion is no longer used on food crops commonly consumed by children, which begs the question: what are these crops and what happens to adults if they ingest “children’s crops”?

Can you think of a food crop only eaten by children that you, as an adult, would not eat?

Here is more information from the ATSDR:

“Children are affected by methyl parathion in the same manner as adults. Exposure to high levels of methyl parathion, even for short periods, may result in changes in the nervous system, leading to headaches, dizziness, confusion, blurred vision, difficulty breathing, vomiting, diarrhea, loss of consciousness, and death…It is not known whether children are more sensitive to the effects of methyl parathion than adults. There is some indication that young rats may be more sensitive than adults to nervous system effects.”