A last-minute settlement was reached recently in a lawsuit against General Electric over the relationship between its drug Omniscan and MRI health risks, the Frederick County Times reports. 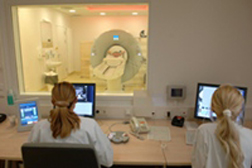 The terms of the settlement are confidential, according to the lawyers involved in the case. The trial was scheduled to begin recently in US District Court in Cleveland.

More MRI HEALTH RISK News
According to ProPublica, if it had gone to a jury, the case would have been the first to disclose evidence supporting claims that Omniscan, which is supposed to improve MRIs, caused a significant number of kidney patients to develop the potentially fatal condition nephrogenic system fibrosis.

The case in Cleveland centered around 68-year-old plaintiff Loralei Knase of Coon Rapids, Minnesota. Knase claimed that after being injected with Omniscan for a number of MRI scans between 2003 and 2005, she developed symptoms of nephrogenic system fibrosis in the fall of 2005 and is currently permanently disabled.

In September, ProPublica reported that the FDA advised that Omniscan should not be administered to patients with severe kidney problems due to the risk of developing the disease.
READ ABOUT MRI HEALTH RISK LAWSUITS

If you or a loved one have suffered losses in this case, please click the link below and your complaint will be sent to a lawyer who may evaluate your MRI Health Risk claim at no cost or obligation.
Request Legal Help Now

Posted by
Candice
on December 6, 2016
I need an attorney for nsf in the state of arizona.