Health Canada says gadolinium, the contrast agent used in MRI imaging, can build up in the brain, but won’t call it harmful.

How can a heavy metal accumulate in the brain but not be considered harmful? After undergoing seven MRI scans, all with injections of a gadolinium-based contrast agent (GBCA), Wanda Milley experienced the same gadolinium contrast dye side effects that many other patients have suffered, and have subsequently filed gadolinium lawsuits. 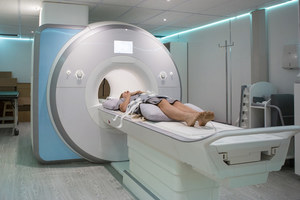 Gadolinium Symptoms and Side Effects


The heavy metal gadolinium not only builds up in your brain: it is found in organs and bones. A sign of the heavy metal toxicity is red blotches on the skin, which happened to Milley after her seventh, and last, MRI. Milley told the CBC that red blotches first appeared on her legs then spread to her chest, back and arms. She said they were “painful, burning and unsightly”, and kept her pretty much housebound. As well, a brain fog that she first thought was due to a brain tumor (hence the MRIs) continued to worsen; she had headaches; problems with balance and hand-eye coordination. Other GBCA victims have described a vibrating, electric sensation, like something crawling under their skin; bone and joint pain; tightness of the hands and feet.

Another gadolinium victim is Gena Norris, wife of actor and martial artist Chuck Norris. She describes her symptoms in a $10 million lawsuit filed in November 2017: a burning pain throughout her body coupled with violent shaking, numbness, weakness, kidney damage and trouble breathing. Gena Norris had three MRIs with gadolinium in a one-week period.

When evidence is growing that the heavy metal stays and accumulates in the body, how can doctors brush this off? How can a government’s health agency not recognize these symptoms as serious? Instead, the number of MRIs using GBCA seems to be left at the discretion of the radiologist.


The Radiology Society of North America (RSNA) back in 2015 issued a press release suggesting that some types of a popular contrast agent used in magnetic resonance imaging (MRI) exams may remain in the brain for years, but that the long-term effects are unknown.

Gadolinium can be toxic on its own, so when used in contrast agents, it is bonded with a molecule called a chelating agent, which controls the distribution of gadolinium within the body. ”Integral to the safety of gadolinium contrast agents is the persistence of the gadolinium-chelate bond for as long as the agent remains within the patient," said Dr. Kanal, who co-authored an editorial on the topic published in the June issue of the journal Radiology. And three studies published online in Radiology raise new questions about residual gadolinium concentrations in the brains of patients with no history of kidney disease.

More MRI HEALTH RISK News
And a Mayo Clinic study published in March 2015 showed residual gadolinium deposits in the postmortem brains of 13 patients who had undergone at least four MRIs with GBCA.

Gadolinium is supposed to be expelled by the body 24 to 36 hours after the injection, mainly through urination. But Dr. Nicola Schieda, a radiologist at the Ottawa Hospital and author of
clinical practice guidelines regarding gadolinium for the Canadian Association of Radiologists, has confirmed small amounts of gadolinium retained in certain structures within the brain, as well as in other parts of the body, including the skin, the bone and most recently in the liver. Perhaps as the health community becomes more aware of these symptoms and it knows what to look for, gadolinium poisoning isn’t so rare as it is now thought.

Posted by
Mark Chenoweth
on October 7, 2019
is this a Canadian issue/lawsuit?
Posted by
Willie Hudson
on October 6, 2019
Brain fog trouble breathing aching bones skin splotches
Posted by
Jay
on September 29, 2019
I have diagnosed with Gadolinium Deposition Disease after numerous MRIs with Gadolinium. Why don’t we stop calling it dye? Gadolinium is a toxic heavy metal. The chemical makeup is similar to calcium and your body stores calcium as well as depositing it through the bones, joints etc. Heavy metals like Gadolinium are known to block neurotransmitters causing so many issues it would hard to list them all. The reason nothing is being done is the money behind the manufactures such as Bayer. Money is at the bottom of all of this and money is what is keeping this quiet.
Posted by
Richard West
on September 22, 2019
I have many of these symptoms an side effects being treated by my physical pain an nurologist..an other doctors rashes brain fog headaches cramps numb pain vision problems i have had so mant MRI over years just within the past 2yrs 7 mri s
Posted by
Ernest Gargas
on September 15, 2019
How can I find out more on this? How can I find out if all the Gadolinium is out of my body? Is there a test for Gadolinium poisoning?
I was given no choice is having this contrast dye for a brain scan. Exactly what structures of the brain and other organs does gadolinium adhere to?
Who is responsible for these side effects? Why wasn't more testing and studies done prior to using this chelated compound?