MRI Gadolinium Contrast Dye is linked to a variety of adverse events, from bone and joint pain to “brain fog” and more, and gadolinium MRI lawsuits are on the rise.

The FDA in December 2017 recommended that repeated use of MRIs with gadolinium contrast dye be minimized wherever possible, and when MRIs are taken closely together in particular. It’s like a Catch-22: an MRI can detect cancer but it can also pose certain risks -- is it better to be safe than sorry? 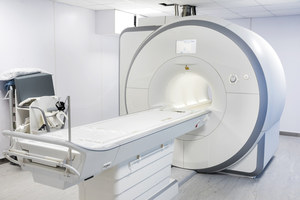 The American Cancer Society recommends an MRI, alternating with mammograms and sometimes ultrasounds, every six months for those who have more than a 20 percent lifetime risk of breast cancer. But the FDA says that some patients may be at a higher risk for gadolinium retention, including “those requiring multiple lifetime doses, pregnant women, children and patients with inflammatory conditions.”


In December 2017, the FDA issued a drug safety communication for certain types of contrast agents, providing new information about the risk of gadolinium retention and potential side effects. As a result, manufacturers were required to provide new warnings and information in a Medication Guide, which all patients receiving an MRI contrast dye are asked to read.

The European Medicines Agency (EMA) has gone a step further: it recommends that most linear GBCAs be withdrawn from the market. Linear agents are thought to be riskier as they stay inside human tissue rather than escape by flushing through the kidneys.


The latest lawsuit joins many others alleging similar problems, including bone and joint pain, severe cognitive issues, skin problems, and other symptoms associated with a condition known as Gadolinium Deposition Disease. Retention is no longer associated only with individuals with compromised kidney function: Previous lawsuits linked gadolinium to an increased risk of nephrogenic systemic fibrosis with kidney-disease patients.

Recent MRI gadolinium lawsuits allege that the manufacturers knew, or should have known, about the risks associated with their products, but failed to provide adequate warnings for patients or the medical community.

Cheryl Mahnke filed a product liability lawsuit in the U.S. District Court for the Northern District of California on May 13 against Bayer Health Care, McKesson Medical-Surgical Inc (the distributor of Magnevist and other GBCAs) and other defendants claiming failure to warn, defective design, misrepresentation, negligence, fraud and consumer protection violations. (Case 3:19-cv-02553)

Bayer manufactures and markets older gadolinium contrast dyes known as linear GBCAs, including Magnevist, Eovist, and Gadavist. Mahnke claims she was exposed to Magnevist more than 20 times since 2010, which is one of the oldest contrast dyes on the market.

Gena Norris, the wife of actor Chuck Norris, filed a lawsuit against several health companies in 2017 claiming the contrast dye used during an MRI testing for rheumatoid arthritis caused gadolinium deposition disease. According to the Washington Post, the Norrises are seeking more than $10 million in damages from companies they say should have warned them of risks. After undergoing three contrast-enhanced MRIs within a week, Gena Norris developed a burning pain throughout her body and experienced violent shaking, numbness and tingling, and weakness, according to their lawsuit. More recent symptoms include cognitive deficits, kidney damage and trouble breathing.

Last November, Radiology Business published “Gadolinium: Actual Offender or Unwitting Pretender?” that again questions whether to be safe than sorry. Sharon Williams, with the patient advocacy group Lighthouse Project, developed a rash on her lower legs some 18 days after her fifth dose of contrast and said her brain “feels like it has been cut in half with frequent pain on the left side and non-stop, 24/7 pressure on the right side.”


A number of studies are currently attempting to determine the biological activity of gadolinium that gets left behind, and increasingly, radiologists are listening to MRI patients about the risks of gadolinium retention.

More MRI HEALTH RISK News
Symptoms are described in detail in a 2014 report titled “A Survey of the Chronic Effects of Retained Gadolinium from Contrast MRIs”. In 100 percent of the patients surveyed, symptoms started within a month following MRI with contrast dye. More than half reported symptoms starting immediately and 65 percent of patients sought emergency care for their Gadolinium symptoms. The authors concluded that at a larger study should be conducted as no attempt has been made to determine whether any level of gadolinium is safe to remain in the body.

Studies have found that traces of gadolinium deposition can remain in brain tissue for years after administration of MRI contrast dye. “This effect bears continued watchfulness,” Robert McDonald, a neuroradiologist at the Mayo Clinic told Radiology Business, “but we are at risk of causing fear-mongering, which does not benefit us as providers or our patients. I now have patients who are so fearful of getting gadolinium contrast that they’re willing to compromise their health.”

Posted by
Joann Lijek
on August 19, 2019
My husband had liver disease and one of the times that he went for an MRI (with gadolinium) he got very sick almost instantly (not quick enough to still be in the clinic). He was alone and barely made it home (we live 130 miles away) he had to stop to throw up at least once. When he got home he was shaking. He spent most of his time on the sofa the next 2 weeks or so, then had an episode of severe encephalopathy and had to be hospitalized. During the time between the MRI and hospitalization he was not able to eat much. He had to be flown out to Los Angeles, where he spent a week barely hanging on to life.
He came home but never really recovered and his liver disease progressed to liver cancer and he was dead a year later.
He was not that sick before the doctors got a hold of him and started all their imaging. He would also be really sick from CT scans.
I tried talking to the doctors about the contrast so they stopped doing it, but also told me it was perfectly safe.
My husband died in 2012 so I may not remember all the details.

Posted by
starla hawkins
on July 21, 2019
I have M.S. and had lots of MRI with and without contrast for years. Not only do I have M.S. I have a chronic pain that has stopped from anykind of normal life.
Posted by
JOI L SINGLETON
on June 30, 2019
I was hospitalized back in 2006. I was given MRI's woth contrast almost every other day for 2 weeks and then once a month for a while. I have developed a rash on my skin that started after being given this contrast. I also have pain where my kidneys are and now bladder issues.
Posted by
Donna Mistek
on June 27, 2019
I have had many mri CT scans with contrast that used magnevist and other dyes that have caused all of the above mentioned symptoms and more with slowly developing renal failure early stages skin damage and more.