Four things claimants should be brace for 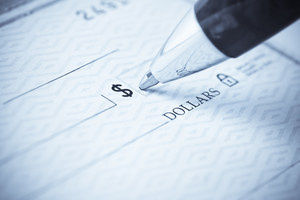 This is beginning to feel familiar. Credit union customers now have a history of success with these credit union lawsuits. UFCU’s statement that it settled “to avoid the costs, distractions and risks of litigation,” acknowledges as much.


The argument advanced by banks and credit unions to justify excessive overdraft fee practices has some typical elements. Basically, it goes like this:

• Distinguishing between actual balance and available balance (a lower number) is sound banking practice;
• We disclosed this practice; and
• Customers voluntarily agree to it when they sign up for overdraft protection.

Gunter v. United Federal Credit Union shows how to deal with this.

Actual balance vs. available balance – everyone does it

Debit holds occur when a customer swipes a credit card. It often takes a few days for that transaction to post and reflect the actual balance of the account. In the interim, the bank or credit union sequesters the amount of the transaction so that it cannot be deducted from the available balance twice. In a similar vein, a deposit hold occurs when a deposit is made unavailable for a few days until it clears.

In the era of electronic banking, this makes little sense. No one is moving bags of cash from bank to bank. Furthermore, many banking customers appear to be unaware that electronic transactions are not processed instantaneously (even though they may be approved at that speed) or that there is a distinction between available and actual balance. This practice has been under the scrutiny of federal regulators for several years.

Gunter argued that using the available balance amounted to a breach of that contract. But she also claimed that the ambiguous terms of the Account Agreement violated the terms of the Electronic Funds Transfer Act (EFTA) because it did not “truthfully and accurately provide conditions under which an overdraft fee” would be assessed. The EFTA argument is a central feature of most excessive overdraft fee lawsuits.

And you agreed to it!


In addition to the Account Agreement, UFCU had Tonya Gunter sign an Opt-In Agreement under which she affirmatively agreed to pay overdraft fees if the credit union covered transactions for she had an insufficient balance.

Although a separate affirmative agreement to pay for overdraft coverage is required by law and implementing regulations, many banking customers report that they have no recollection of signing such a contract. In the mass of paperwork necessary to open a checking account, it is easy to imagine someone simply signing where directed without a full appreciation of the content of the agreements.

What are the common elements?


The pattern that has emerged in these excessive overdraft fee lawsuits involves four basic elements. Here is what to expect:

• First, there is a sensitive offer to help customers avoid the embarrassment of declined transaction with overdraft protection;

More CREDIT UNION EXCESSIVE OVERDRAFT FEES News
• Second, is the little-understood practice of debit and deposit holds which supports the dubious distinction between actual balance and available balance;
• Third, is an account agreement that is ambiguous about the basis for assessing overdraft fees; and
• Finally, is a separate opt-in agreement, which may be buried in the paper work and under which a credit union customer agrees to pay overdraft fees on a similarly unclear basis.

What can a consumer do? The most elementary advice is to decline overdraft protection. When that is not the best choice, the next step would be to read and ask careful questions about overdraft calculations.

But even for those who have found themselves in the debt spiral that excessive overdraft fees can trigger, there is reason for hope. Recent judgments and settlements suggest that customers have effective legal pathways to recovery.
READ ABOUT CREDIT UNION EXCESSIVE OVERDRAFT FEES LAWSUITS