Lawsuits Likely to Continue through 2019

In the waning days of December 2018, Cryesha McDonald and Chantal Lewis filed an excessive overdraft fees lawsuit in the U.S. District Court for the Southern District of Mississippi. The lawsuit alleges that Trustmark National Bank assessed overdraft fees in violation of its contractual agreements with customers. Like similar lawsuits brought throughout the country, McDonald v. Trustmark National Bank claims that the bank charges fees on transactions that do not actually overdraft the account. Attorneys for the plaintiffs seek class action status for the lawsuit. 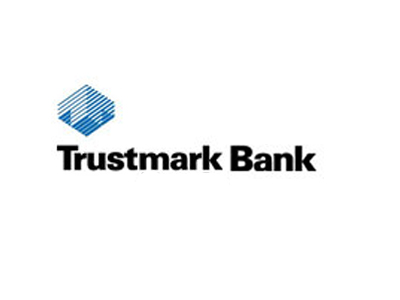 
The first thing that strikes anyone trying to understand the situation is the sheer number of fees Trustmark charges customers. Bank fees have risen and multiplied in recent years. For some large regional banks, fees constituted nearly 40 percent of income in 2017. “There is no justification for these practices, other than to maximize Trustmark’s overdraft fee revenue,” the lawsuit claims.

In McDonald there was a fee for using an out-of-network ATM, which is fairly usual, and another fee for checking an account balance. Many customers are surprised by balance inquiry fees. ATM screens do not typically disclose that a balance inquiry alone will incur a usage fee, and many ATMs in the United States do not charge usage fees for balance inquiries.

Finally, of course, there were the overdraft fees. This leads into some of the more hotly litigated questions of 2018, which is how banks calculate checking account balances, and whether some fairly obscure practices are adequately disclosed to customers.


According to the lawsuit, when a debit card transaction is authorized on an account with positive funds, Trustmark immediately reduces the consumer’s checking account balance by the amount of the purchase and sets aside funds to cover the transaction when it settles, often a few days later.

If, because of subsequent card activity, that transaction pushes the account into a negative balance when it ultimately settles Trustmark assesses an overdraft fee, even though it has already set aside the funds necessary to cover the transaction.

This is a common banking practice. Many banks make a distinction between two ideas: “available balance” and “account balance.” An “account balance” reflects a running total of funds in the account, including deposits and subtracting withdrawals. It is what most banking customers consider when thinking about what money they have to spend.

A customer’s “available balance” will not reflect funds held from deposits, which, as consumers may have noticed, often take a few days to credit. Funds set aside for debit card authorizations, however, are deducted immediately. The “available balance” is often less than the “account balance.” Many banks determine whether an overdraft has occurred on the basis of this lower “available balance.”


The Consumer Financial Protection Board has scrutinized whether the practice of using this lower “available balance” as the basis for assessing overdraft fees is deceptive when:

So far, however, Congress has not acted to prohibit the practice. The task of protecting bank customers has, by default, fallen to the plaintiffs’ bar. McDonald and similar excessive overdraft fees lawsuits focus on the question of whether this fairly convoluted way of doing business is adequately disclosed to banking customers at the time they open checking accounts. Generalized anger against banks notwithstanding, these are contract law cases.

More CREDIT UNION EXCESSIVE OVERDRAFT FEES News
In the situation faced by these two women and other Trustmark Bank customers, two documents are likely to be at the heart of the dispute. The first, the bank’s standardized customer deposit agreement, must have fully and completely disclosed all fees, including out-of-network fees, balance inquiry fees and the methodology for calculating overdraft fees. Customers tend not to read these very carefully when opening accounts, but the issue will likely be whether the explanations would have given adequate information if they had been read.

The excessive overdraft fee lawsuits that have sprung up across the country throughout 2018 are all unique in some ways. They have, however, begun to challenge some common practices of financial institutions that harm consumers in predictable ways.