Danell Behrens filed a proposed class action overdraft fees lawsuit in February 2017 against Landmark Credit Union (LCU), alleging the not-for-profit financial institution charged its members more than $2 million in overdraft fees, in violation of the Electronic Fund Transfer Act (ETFA) and LCU’s own overdraft program contract. LCU has agreed to refund some of those fees and change its overdraft practices as part of the settlement agreement. 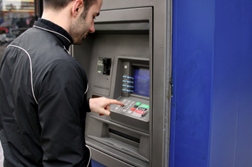 The contract Behrens entered into with LCU states that she would be charged overdraft fees only when she didn't have enough money in her account to complete the transaction. In December 2015, Behrens made a purchase for $32.50 and had $239.61 in her account – more than sufficient funds to complete the transaction. But LCU charged her a “Check Card Overdraft Fee” for $30. This happened a number of times, with each purchase incurring the overdraft fee of $30, despite the account still with sufficient funds for these purchases.

Additionally, the lawsuit states, LCU was supposed to have received consent from its depositors to charge overdrafts for ATM withdrawals and nonrecurring debit card payments instead of rejecting the transactions or paying them from another account or credit line. But according to the lawsuit, none of the consumer agreements that LCU members had to sign included such an opt-in.


Overdraft fees are incurred when a customer overdraws the money in their bank account. Financial institutions often offer overdraft protection, allowing customers to take money they do not have out of the account. But that service results in the customer being charged an overdraft fee.

Americans paid $34 billion in overdraft fees in 2017, according to MarketWatch (April, 2018). Moebs Services, a research firm that focuses on financial institutions, reported that an increase of 3 percent from 2016 was mainly due to credit unions raising their overdraft fees. Moebs found that the average credit union overdraft fee has doubled to $30, up from $15 in 2000.

For credit unions like Landmark, overdraft fees can make up 6 to 7 percent of their gross revenue, according to Bloomberg (August, 2017).
On its fee schedule, LCU charges its members $30 for an ATM or check card overdraft – per transaction—and $5 for overdraft protection—per item.

Behrens argues that this practice violates Regulation E of the EFT, because LCU failed to properly disclose its overdraft policy to customers.


LCU is a Wisconsin-based, not-for-profit financial cooperative owned by its customer/members instead of stockholders.

LCU has said that its decision to settle the case shouldn’t be construed as an admission of liability or wrongdoing and instead “believes that this settlement is in its best interest and in the best interests of all its members.” Jay Magulski, Landmark president and CEO, told the Milwaukee Journal Sentinel that LCU does not agree with the claims in the lawsuit, “but decided to pursue a settlement agreement to avoid a lengthy court case that would divert resources away from serving our members…This is consistent with our member-focused philosophy that guides every action we take, and we believe it is in the best interests of our members, associates and credit union.”

Landmark describes itself on its website as Wisconsin’s biggest credit union, with more than 274,000 members as of last May and $3.2 billion in assets.


In her complaint (preliminary approval of class action settlement was granted) Behrens summarizes the settlement terms as follows:

CU will pay $950,000 into a settlement fund; (For approval purposes, the settlement amount totals $1,038,082, which represents 49.3 percent of the full value of the asserted claims. This amount also includes $88,082 in waived overdraft fees.)

• LCU will change its overdraft assessment policy so that it charges overdraft fees using the available balance method. This will save class members an estimated $385,000 per year;
• LCU will waive $88,082 in assessed, but uncollected, overdraft fees;
• A claims administrator will administer the disbursement of the settlement fund in accordance with the process outlined in detail in the settlement agreement;
• No class member shall be eligible to recover more than the amount actually charged as an overdraft fee;
• A service payment of $10,000 may be requested by the Named Plaintiff, Danell Behrens;
• Any class member will be given an opportunity to opt out by mailing an exclusion letter by the Bar Date;
• Plaintiff’s counsel will petition the court for attorney’s fees and costs from the settlement fund.

According to Behrens lawsuit, the changes that LCU has agreed to make to its overdraft policy will save class members more than $1.1 million over the next three years. Adding those potential savings to the amount of the waived fees and settlement brings the settlement total close to $2.2 million, meaning that class members could see recovery of more than 100 percent of their damages estimate of about $2.1 million.

The overdraft fees class action lawsuit is Behrens v. Landmark, et al, Case No. 3:17-cv-00101, in the U.S. District Court for the Western District of Wisconsin. Behrens also included in the LCU lawsuit a number of unknown defendants including “agents, partners, joint ventures, subsidiaries, and/or affiliates” of Landmark Credit Union.