In 2010, Jeff Bickerstaff Jr. filed a class action excessive overdraft fee lawsuit against SunTrust Bank, claiming that the $36 overdraft fees he paid when he overdrew his checking account violated Georgia state laws limiting interest charges. The Complaint claims that the fees amount to interest rates as high as 1,000 percent. 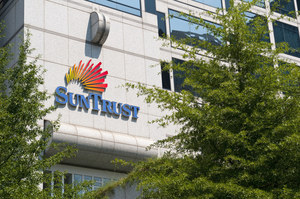 Much has happened since then. Bickerstaff, himself, has died. But SunTrust Bank v. Bickerstaff lives on because of the important principle it upholds – that plaintiffs have the right to join together in class action lawsuits and should not be forced to arbitrate disputes individually.

Was the arbitration clause unconscionable?


The basic facts are fairly straightforward. Bickerstaff opened a checking account with SunTrust Bank in 2009. At the time, he signed a statement in which he agreed to abide by the bank’s rules and regulations, as set out in a 40-page single-spaced booklet. Those rules required him to waive the right to bring a lawsuit against the bank, and committed him to individual arbitration. More specifically, he was required to give up his right to a trial by jury and his right to join with other plaintiffs in class action lawsuits.

Mandatory arbitration clauses are very common in banking agreements, employment agreements and a host of other contracts. People sign these contracts without reading them. The signature line is a gateway to other valuable relationships, so folks hope, hold back their reservations, take the plunge and say “Yes.”

But, when the relationship turns wrong, people who are forced into arbitration, especially over relatively small amounts of money, often find themselves at a serious disadvantage.

There have, consequently, been an increasing number of challenges to the enforceability of those agreements. The issue has been argued before the Supreme Court with very mixed results for the plaintiffs. The decisions generally uphold the enforceability of arbitration clauses, but clarity still seems a long way off. This is the context within which Bickerstaff takes place.

What is wrong with mandatory arbitration? Isn’t it better not to have to sue?


Even apart from the loss of jury trial and class action rights in the context of excessive overdraft fees, plaintiffs are often disadvantaged by mandatory arbitration in other ways:

• Individuals are often unaware they have agreed to mandatory arbitration as a condition for overdraft protection, a job offer or any number of other benefits;

• The company often has sole discretion over the selection of an arbitrator, and there may be no avenue to appeal a decision;


After Bickerstaff filed his lawsuit, the bank amended its rules and regulations to permit customers to opt out of the arbitration requirement on written notice to the bank. That would seem to permit individual lawsuits, but it does not speak to the issue of class action lawsuits brought by one individual as the representative of a larger group. It is reasonable to assume that not every member of a large group of plaintiffs would have opted out of an arbitration agreement.

The Georgia Court of Appeals decision takes that next step. Its decision permits Bickerstaff’s personal representative, who is now pursuing the lawsuit, to act on behalf of a group of checking account customers numbering as many as 400,000. The lawsuit could ultimately expose SunTrust to hundreds of millions of dollars in liability.


The other unusual aspect of this lawsuit has to do with the statute under which it is brought. Most of the recent excessive overdraft fee lawsuits claim that a bank or credit union’s practices run afoul of the disclosure requirements of the federal Dodd-Frank Wall Street Reform and Consumer Protection Act. Bickerstaff , on the other hand, relies on a Georgia state law that limits the interest rate that may be charged on loans.

The argument requires some reasoning by analogy. If, hypothetically, an overdraft that a bank pays is like a short-term loan, then an overdraft of only a few dollars that generates a fee of $36 could easily exceed the seven percent per annum simple interest limit set by Georgia law.

More CREDIT UNION EXCESSIVE OVERDRAFT FEES News
Why is this approach to excessive overdraft fee lawsuits not more common? The answer lies in the limitations of state usury laws. Many nationwide banks use the laws of the state in which they are incorporated. Delaware, for example, has very relaxed usury laws. The Supreme Court has also curtailed the application of state usury laws to credit card companies. In many states, auto loans, as retail installment sales contracts, are similarly exempt or nearly exempt from legal limits. Bickerstaff appears to be the exception rather than the rule when it comes to the usefulness of state usury laws in excessive overdraft fee lawsuits.

SunTrust Bank has a lot of money at stake in this lawsuit, so the litigation can be expected to continue through further appeals. But it is an important case for checking account customers and other consumers, as well. Access to the court system through class action lawsuits is often their most important protection against predatory practices.
READ ABOUT CREDIT UNION EXCESSIVE OVERDRAFT FEES LAWSUITS

Posted by
Jennifer Allred
on February 18, 2020
Is this lawsuit only for the state of Georgia. I live in NC and i have had to deal with Suntrust and their unfair application of OD fees. In short, (and i have pictures and statement proof), suntrust picks how it wants their transactions to go through, so if it's going to result in an OD fee then it puts the transactions through biggest to smallest. Resulting in 8 OD fees vs one. For example, my dog got ill and i still had several small transactions pending, but had already been deducted from my available funds in my bank account. I knee that paying the $500 vet bill was going to overdraw my account by $50 but I had no choice my dog has congestive heart failure and i wasn't going to let him die. I went ahead and paid the vet bill. However on Monday when i reviewed my account status. The bank put through the vet bill first, so all of the other charges for like $3, $5, $10 incured a $36 fee each. Even though when i was at the vets office they were already listed as pending and had already been removed from my available funds. So instead of 1 OD fee for the vet, and being overdrawn $80.00, I was overdrawn $450.00 because of the original transaction amount and 8 OD fees. THis caused a significant financial burden i am still (months later) trying to correct.