Brandi Salls’ excessive overdraft fees lawsuit against Digital Federal Credit Union (DFCU) has survived the credit union’s Motion to Dismiss. This is good news, but it was a near thing, at least with respect to some of the counts. Claimants in similar credit union lawsuits should take away five important lessons. 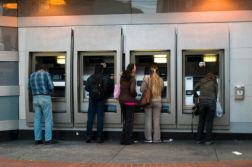 Accumulating overdraft fees can do a lot of damage to the financial health and welfare of the young and lower income account holder who are most at risk. Unanticipated overdraft fees can seriously derail a monthly budget, and unpaid overdraft fees that go to collection can harm a consumer’s credit rating. Furthermore, these fees cause many consumers to leave the banking system altogether, forcing them to use alternatives like payday loans when emergencies arise. It is a desperate choice that often compounds financial distress because of predatory interest rates.

Consumers, like Brandi Salls, have responded by banding together in class action lawsuits against banks and credit unions when the fees violate the provisions of state and federal law.

Six Counts Down to Three-and-a-Half

Brandi Salls’ original lawsuit set out six grounds for recovery against DFCU. The first two were breach of contract actions that claimed that the credit union did not act in accordance with the terms of the Account and Opt-In Agreements she signed. The third, fourth and fifth counts were Massachusetts consumer law claims that carry antique-sounding names like “breach of the implied covenant of good faith and fair dealing,” “unjust enrichment” and” money had and received”. The sixth count cites violations of Regulation E, also known as the Electronic Funds Transfer Act (EFTA). This federal statute was enacted to protect consumers who use ATMs, debit cards, direct deposits and point of sale transactions to manage their finances.

The District Court dismissed the “unjust enrichment” and “money had and received” claims, holding that the allegations were sufficiently covered by the contract counts. It also limited the EFTA claims to those incurred on and after June 15, 2017, within EFTA’s one-year statute of limitations.

The court did not rule on the merits of any of these claims, yet. But it has found that the remaining parts of the lawsuit can go forward toward trial or settlement.

The Basic Issue: Failure to Disclose the Difference between “Account Balance” and “Available Balance”

Banks and credit unions often use the idea of “available balance” to determine when an overdraft occurs. The problem is that this may be less than the “account balance,” which is the number most consumers check when deciding whether to make a purchase or a withdrawal. If the difference is thoroughly disclosed and understood, then there is likely no legal problem. That is a pretty obscure point, however, and few if any consumers give much thought to the distinction. It only really makes a difference with for consumers who cannot afford a mistake.

So, was it really adequately disclosed?

The two strongest legal tools available to excessive overdraft fee claimants appear to be basic contract law and the EFTA and the way these laws apply to the agreements consumers are asked to sign on opening a checking account. Whether and under what circumstances these tools are enough to protect consumers from excessive overdraft fees is the question that trial courts will ultimately decide. While we are waiting, however, there are several things banking customers can do to protect themselves.

What Have We Learned So Far?

Consumers who have found themselves trapped in a spiral of overdraft fees should take heart. Courts appear to be willing to toss them a lifeline on the understanding that banking agreements and practices can be opaque to the average person.

There are five important lessons that consumers should take away from Brandi Salls’ cautionary tale:

• When you open a checking account, consider declining the overdraft coverage. It is not an automatic feature, and you may open an account without it. The account manager is required by law to ask you separately if you want this feature. Without this coverage, if you have insufficient funds in your account, your check or debit request may be declined. That may be embarrassing, but you will not be charged a fee.

• Keep copies of any banking agreements you sign. The success of your lawsuit will depend on the exact wording of those agreements.

• If you believe that you have been charged an overdraft fee when you had enough money in your account, or if you believe that you were never informed about the difference between your “account balance” and your “available balance,” do not sit on your rights. The EFTA statute of limitations is only a year. Brandi Salls lost her right to pursue some of her claims by waiting too long. Review your statements and consult an attorney promptly if something seems amiss.

More CREDIT UNION EXCESSIVE OVERDRAFT FEES News
• Expect the bank or credit union to fight back. Fees are an increasingly important source of revenue for consumer banking institutions. In 2016, for example, among banks with more than $1 billion in assets, overdraft fees accounted for an average of 8.1 percent of banks'net income. They are not going to give up this revenue easily.

• This is not a do-it-yourself situation. Although the District Court dismissed some of Ms. Salls’ state law claims, there were good reasons to file them. It is something a competent attorney would do, although it might not be obvious to a layperson.

The excessive overdraft fees lawsuit against DFCU will likely continue into 2019. The result could be significant for consumers who have found paying recurrent overdraft fees despite their best efforts to manage money carefully.