This is a good news/bad news story. The good news is that many banks and credit unions are offering financial relief to workers affected by the US government shutdown. The bad news is that the relief is designed to be temporary and limited. It also fails to address the widespread problem of excessive checking account overdraft charges that has been exposed through excessive overdraft fees lawsuits. These fees, like payday loan interest charges, cause great harm to the most vulnerable consumers. 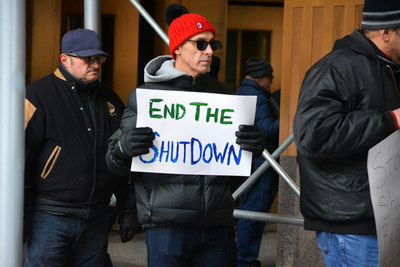 Even when the crisis passes, the massive structural problem will remain. Since regulators are down for the duration, today’s task is organizing and lawsuits.

How to get help


First things first -- contact your banking institution or lender. The list of institutions willing to work with their customers has grown as the crisis has ground on. Earlier lists can be found at Credit Union Journal , Vice.com, or the Credit Union National Association. Even if not listed, your bank or credit union may be willing to negotiate. Call them.

Second, keep in mind what you are likely to be able to ask for. The resources listed above name a variety of forms of relief including lines of credit at no or low interest, payment deferral agreements, loan modifications and additional personal solutions.

A spokesperson for Wells Fargo has said that the bank will reverse monthly service and overdraft fees for those who are employed by a closed government agency. Capital One Bank and Chase Bank have made similar offers. Huntington Bancshares will waive overdraft fees on existing accounts that belong to federal workers who are out of work. Refunds on overdrafts will be backdated to Dec. 23 and the policy will remain in effect for the duration of the shutdown. This list is hardly exclusive.

After the alligators, what about draining the swamp?


One way or another, this too shall pass. Except that it may not for federal contractors, who do not appear to be covered by the special provisions offered by many banks and credit unions. It also won’t for many younger and financially marginalized banking customers.

According to a 2010 report by Georgetown University Law Professor Adam Levitin, overdraft fees make up six to seven percent of credit union gross revenues. Those fees are far more likely to be assessed on the accounts of the young and financially vulnerable consumers. Banks and credit unions have a big financial incentive to charge overdraft fees, and they particularly affect people who may not have the financial wherewithal or the sophistication to fight back.

More than half of the customers hit with overdraft fees earned less than $40,000 per year. Non-whites are 83 percent more likely to pay an overdraft fee than whites. These folks were hurting before the shutdown. It’s worse for them now. The informational upside for everyone else is that perhaps now more people understand the problem.

Among the core issues addressed in recent excessive overdraft fee lawsuits are the linked banking practices of (1) placing a “hold” on pending debit card transactions and deposits (which lowers the balance)and (2) reordering transactions to maximize the number of overdraft fees assessed.

The subsidiary issue that arises in many situations is whether these practices are adequately disclosed to customers who sign up for overdraft protection. Customers who forego this innocuously-titled “protection” are much less at risk of excessive overdraft charges. Weirdly, less bank protection may mean more financial safety for small accountholders.

Banking customers have had success with excessive overdraft fee lawsuits. In 2017, Bank of America settled an excessive overdraft fee lawsuit for $66.6 million. HSBC settled a similar lawsuit for $32 million. More recently, Navy Federal Credit Union offered to pay up to $25 million in settlement. Landmark Credit Union, Capital One and US Bank, have also chosen to settle rather than to proceed to litigation.

Anyone heard from the CFPB lately?


The Consumer Financial Protection Bureau (CFPB), created under Dodd-Frank was charged with protecting consumers from the kinds of excess that led to the financial crisis of 2008. As far back as 2015, the agency had targeted the hold-and-reorder scheme for further scrutiny. However, much of its regulatory agenda had stalled even before the shutdown, which has generally further sidelined financial services regulators.

This is neither helpful nor productive, however. If you believe you have been mistreated by your bank, there are affirmative steps you can take. Chief among them is to contact an attorney. There is precedent for relief, at least from the excessive overcharge fees part of the puzzle.

Posted by
Jeanette Costoso
on February 5, 2019
Yes I have a credit union account, and they have been tampering
with my account for years, and now when you ask for a transcript, they have the nerve to charge you, between $1.00 or $5.00 per page. Preposterous.