Were you looking for Levaquin Peripheral Sensorimotor Neuropathy lawsuits?

Send your Levaquin claim to a lawyer who will review your claim at NO COST or obligation.
GET LEGAL HELP NOW

Levaquin (levofloxacin) is a member of a class of drugs known as quinolones. This powerful antibiotic, which was approved by the FDA in 1996, is manufactured by Ortho-McNeil Pharmaceuticals, a subsidiary of Johnson & Johnson, and is only available with a prescription. Levaquin was originally approved as a treatment for serious bacteria infections or infections that did not respond to other medicines. By 2002, however, Levaquin was among the most frequently prescribed drugs.

By 2010 over 700 cases of Levaquin tendon ruptures, including Achilles heal ruptures and rotator cuff damage, had been reported to the FDA (this number may account for only 10 percent of complaints).

The updated warning label came after a review of the Adverse Event Reporting System (AERS) suggested a link between fluoroquinolones and peripheral neuropathy.

Levaquin lawsuits claim that Ortho-McNeil Pharmaceutical did not provide adequate warnings to doctors and patients about the possibility of the drug causing such severe Levaquin side effects: the FDA has reported that more than 60 percent of fluoroquinolone-related tendon injuries are linked to Levaquin.

John Fratti of Hershey, PA, filed a Levaquin lawsuit against J&J in 2009, claiming that Levaquin caused debilitating side effects, including extreme pain in his arms and legs, tendon injuries and nerve damage. 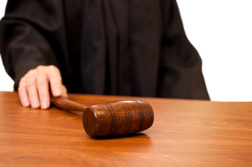 In 2012, Johnson & Johnson announced a settlement with around 850 patients who alleged they were harmed by the use of Levaquin and suffered tendon injury as a result. At the time, Johnson & Johnson reportedly faced around 3,000 similar lawsuits. According to a status conference update from July 2014, there are currently 297 cases pending in the Levaquin multidistrict litigation, with approximately 100 of those already settled and awaiting paperwork and/or finalization.

So far, two Levaquin lawsuits of a reported 2,500 pending claims have made their way to court. One was found in favor of the plaintiff while the other was found in favor of Johnson & Johnson. The first lawsuit resulted in a $1.8 million award to a 76-year-old man who alleged he ruptured both Achilles tendons and lost his ability to play golf and walk through malls. The man said three days after taking Levaquin he felt a stabbing pain in his ankles. A jury found Levaquin to blame.

In June 2011, however, a jury found in favor of Johnson & Johnson in a Levaquin lawsuit after determining that the company properly warned about the risks associated with the antibiotic.

All federal Levaquin lawsuits have been consolidated in an MDL before Judge John R. Tunheim in the U.S. District Court for the District of Minnesota. In December 2011 Oregon resident Diane K. Eccles filed a Levaquin side effects lawsuit and joined the MDL litigation. As of November 2011 over 1,600 Levaquin side effects lawsuits are currently pending in the MDL, and that number is increasing.

Levaquin History and the FDA

In 2008, Public Citizen filed a petition with the FDA, requesting that stronger warnings be issued regarding Levaquin tendon rupture side effects. The consumer protection group then filed a federal lawsuit asking the court to require the FDA to act on their petition-- requesting that new warnings be added about side effects of antibiotics--in accordance with the Administrative Procedure Act.

In July 2008 The Food and Drug Administration (FDA) ordered the Levaquin manufacturer to add a black box warning on the Levaquin label--after it had been associated with tendinitis and ruptured tendons.

The FDA warning states: "Ruptures of the shoulder, hand, Achilles tendon, or other tendons that required surgical repair or resulted in prolonged disability have been reported in patients receiving quinolones, including levofloxacin. Post-marketing surveillance reports indicate that this risk may be increased in patients receiving concomitant corticosteroids, especially the elderly. Levofloxacin should be discontinued if the patient experiences pain, inflammation, or rupture of a tendon. Patients should rest and refrain from exercise until the diagnosis of tendinitis or tendon rupture has been confidently excluded. Tendon rupture can occur during or after therapy with quinolones, including levofloxacin."

In 2011 another black box warning was required to be added to the packaging of the antibiotics, warning that the drugs could worsen myasthenia gravis symptoms, which is a condition that causes muscle weakness and difficulty breathing when the chest wall muscles are affected.

Symptoms of tendinitis that are produced near a joint aggravated by movement include the following: Tendinitis in various locations in your body produces these specific types of pain:

This video, produced by the FDA, warns patients and physicians of Levaquin tendon injuries and tendon ruptures.

Levaquin is still one of J&J' biggest selling drugs. According to IMS Health, in 2010 Levaquin generated $1.5 billion in sales for the drug company.

If you or a family member have used Levaquin and have suffered from Levaquin related peripheral neuropathy, you may be entitled to compensation. Please click the link below to send your complaint to a Levaquin lawyer who will review your claim at no cost or obligation.
Please click here for a free evaluation of your Levaquin claim
Last updated on Oct-23-14

Seven years ago Canadian Mark Girard was strong and healthy and living a very comfortable life. He worked as a chef in the high-altitude vacation lodges cradled in the pristine Rocky Mountains. On his days off, there was unlimited ATV riding surrounded by iconic scenery, and in the winter there were snowmobile adventures in the back country.READ MORE
READ MORE Drugs/Medical Settlements and Legal News
READ MORE Personal Injury Settlements and Legal News

Posted by
Anonymous
on September 7, 2014
Although not as dramatic as some are, here is my story. It actually goes back several years when I was taking Armor Thyroid. I had been on it for a couple of years with no problems then one day I ended up in ER with atrial fibrillation. The doctor said it was medication induced. Once you go into afib you can go back into it at any time and about a yr and half later I was hospitalized for an unrelated issue and while in there I went into afib again. I was then prescribed Amioderone for my heart. I later read in the literature I was sent home from the hospital with that it is the best med for the heart but because of the toxicity to the lungs it should only be used as a last resort med. Well it was not given to me as a last resort med and I was given no verbal instructions as to what to look out for if I should develop a lung issue and unfortunately I did not read all the literature the gave me at that time. 2 1/2 wks later I was having some issues I figured needed emergency treatment. I called a friend to take me to the ER and before she got to my home I was having great difficulty breathing and my lungs were rattling. She commented that she had not thought it was an emergency and I told her at the time it wasn't, but came on rapidly as I was getting dressed to go. She rushed me to the ER and the ER dr asked what meds I was on and the only one was Amioderone. He said it cause my pneumonia and they would not know for a day and a half if I would pull through. I was given 2 IV bags of Levaquin that week in the hospital. A week later I returned with same symptoms and that week I was given 7 IV bags of Levaquin. This was the end of May and middle of June. A couple of months later I started experiencing symptoms in my right arm similar to what had happened in my left arm a few yrs earlier when I received a partial tear of my rotator cuff. An MRI confirmed a total tear of my rotator cuff. I was sick all that summer so I knew I had done nothing to cause it. Then remembered hearing about Levaquin causing spontaneous tendon ruptures. I got my medical records and that is how I knew how much I was given. A couple of months later I had surgery to repair it. It healed well but I still experience aching in that arm. I tried contacting several lawyers and no one was in interested in taking my case. I still look for class action suites against Levaquin and Amioderone hoping to some day get some kind of compensation for all I went through. 3 meds caused me great issues. Happy to say I have been off all meds now for almost a year.