Were you looking for Gardasil Vaccine lawsuits?

Gardasil has been linked to paralysis and even death in girls and women who received the vaccine. One girl developed a degenerative muscle disease 15 months after receiving the vaccine and two lawsuits have now been filed against Merck & Co., the maker of Gardasil, alleging the vaccine caused paralysis in two other girls.

Send your Gardasil claim to a lawyer who will review your claim at NO COST or obligation.
GET LEGAL HELP NOW

On July 7, 2008 CNN News reported that the Center for Disease Control and Prevention (CDC) had received 7,802 "adverse event" reports since Gardasil was approved, including reports of paralysis and death. According to CNN, 15 deaths were reported to the FDA, and 10 were confirmed, but so far, none of the 10 confirmed deaths have been directly linked to the vaccine. The CDC is currently investigating reports of illness. 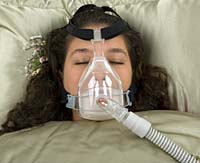 In June 2006, Gardasil became the only approved vaccine to prevent cervical cancer, precancerous or dysplastic lesions and genital warts caused by Human Papillomavirus (HPV) types 6, 11, 16 and 18 in girls and women nine through 26 years of age. At that time, Merck claimed their clinical trials had proven the vaccine to be between 90-100 percent effective in preventing the transmission of some strains of HPV that cause cervical cancer, and it even claimed that Gardasil had the "potential to eventually eliminate most cervical cancers". (According to the CDC, Gardasil has been tested in more than 11,000 females 9 to 26 years of age in many countries around the world, including the US.)

However, some experts say the vaccine has not been subjected to enough testing to ensure its safety and there has not been enough post-marketing surveillance of Gardasil to ensure it is free of side effects that could prove particularly dangerous to young girls.

The Vaccine Adverse Event Reporting System (VAERS), managed by the CDC, is a national program that monitors the safety of vaccines after they are licensed. Just over a year ago, VAERS reported a total of 2,531 reports regarding Gardasil, of which nearly 95 percent were classified as non-serious. However, it also reported seven deaths after the vaccine was administered.

HPV (human papillomavirus) is a sexually transmitted virus. The FDA reports that at least 50 percent of people who have had sex will have HPV at some time in their lives. Since its approval, Merck & Co. Inc. says it has distributed more than 26 million Gardasil vaccines worldwide, including nearly 16 million in the US. Also known as Silgard, it has been approved in 103 countries, and Merck is pushing for additional applications to be approved with regulatory agencies in many more countries.

If you or your daughter has suffered ill health effects or injury as a result of receiving the Gardasil vaccine, please click the link below to send your complaint to a lawyer to evaluate your claim at no cost or obligation.
Please click here for a free evaluation of your Gardasil claim
Last updated on Sep-15-09

Do the Risks of Gardasil, Including Paralysis, Outweigh the Benefits?

Gardasil was promised to be the holy grail for prevention of cervical cancer, precancerous or dysplastic lesions and genital warts caused by Human Papillomavirus (HPV) types 6, 11, 16 and 18 in girls and women nine through 26 years of age. Doctors have been advocating the widespread adoption of Gardasil for young women. Parents have been on the fence. There is reason for that, it appears.READ MORE
16 New Deaths Reportedly Associated with Gardasil Vaccine

An examination of FDA records made public through the Freedom of Information Act, reportedly shows that 16 new deaths (including four suicides) were associated with Gardasil, the cervical cancer vaccine made by Merck.READ MORE
Is Gardasil to Blame in Teen Deaths and Adverse Effects?

The numbers are staggering. Less than two years after the approval of Gardasil, the much touted vaccine supposed to prevent cervical cancer in young women, several deaths and thousands of cases of adverse effects have been reported.READ MORE
READ MORE Drugs/Medical Settlements and Legal News

Posted by
Georgia
on February 23, 2011
After receiving the gardasil shot, my daughter, now 16, had a severe, seizure like episode within 24 hours. Since then (for approx 2 years), she experiences flu like symptoms, exhaustion, & pain every day. She has trouble keeping up with school work, gets sick often, & it is painful for her to work at her job.
Posted by
Pennsylvania
on August 16, 2010
Financial distress, the loss of a job twice, my daughters loss of a quality of life (she is unable to attend public school or play sports), 18 hospital admissions, medical expenses even with health ins., the effects of the illness itself...Gastroparesis.
Posted by
Minnesota
on July 17, 2008
This vaccine is causing problems that my daughter didn't have before. She has been really sick.