Knee implant lawyers are investigating complaints involving premature failure of the DePuy Attune Knee System. Although the medical device company—DePuy Synthes-- has not yet announced an Attune knee implant recall and DePuy Attune knee lawsuits have not yet been filed, patients experiencing debilitating knee failure with the Synthes Attune system are filing personal injury and defective device claims with Attune knee lawyers.

Send your DePuy Synthes Attune Knee Replacement claim to a lawyer who will review your claim at NO COST or obligation.
GET LEGAL HELP NOW

The Attune Knee Implant System, which is manufactured by DePuy Orthopaedics and a subsidiary of pharmaceutical giant Johnson & Johnson, is promoted as providing patients with a better range of motion and increased stability.


DePuy and the FDA

From 2003 until 2013, DePuy recalled 277 devices or components, four of which were Class I recalls, or products with flaws that could seriously harm patients, according to Consumers Union. The majority (270) were Class II recalls, described by the FDA as “a situation in which use of or exposure to a violative product may cause temporary or medically reversible adverse health consequences or where the probability of serious adverse health consequences is remote.”

In 2011 the FDA sent DePuy a warning letter, stating the company was marketing and selling several products that had not received approval, that several devices or components had been altered, and were currently misbranded as safe and effective. (DePuy claimed their devices could be approved through the 510(k) process.) As a resultDePuyvoluntarily recalled a number of its knee replacement components. 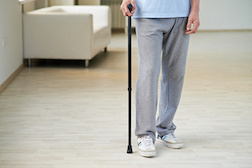 When submitted to the FDA for premarket approval in 2010, DePuy claimed that its Attune Knee System was “substantially equivalent to currently marketed devices,” including Zimmer’s NexGen CR Knee System, which was recalled in 2015 due to its early failure rate.

Approved by the FDA in 2013, the Synthes Attune knee implant is one of DePuy’s most popular and widely used knee replacement devices and according to DePuy Synthes, its largest research and development project in the company’s history Since its approval, the FDA Adverse Event Reporting System has received numerous complaints from patients who reported complications with the Attune knee replacement system, resulting in revision or reconstructive surgeries. One of the most common issues is that the tibial plate loosened or was not properly fixed to the tibia.

In June 2015, the FDA issued a recall for an Attune Knee Tibial Articulation Surface instrument, announcing that the Balseal, a small wire spring coil located on the post feature of the Attune Knee Tibial Articulation Surface Instruments used in the range of motion testing to aid in tibial location prior to drilling peg holes, can become damaged and detach. This may allow the coil to enter the surgical site during the knee replacement surgery and remain in the patient if the surgeon is unaware that it detached. The recall covered 3,474 units.

Knee replacements are typically expected to last a minimum of 15 years, but some fail much sooner and some patients report that their DePuy Synthes Attune Knee Replacement system is failing only a year or two after implant. Most of those patients report a loss of, or lack of bonding of the Attune knee component to the bone, which can require additional surgeries or procedures.

A studytitled"Unusually High Rate of Early Failure of Tibial Component in ATTUNE Total Knee Arthroplasty System at Implant-Cement Interface" and published in the Journal of Knee Surgery (June 2017), showed that all 15 patients in the study had to undergo revision surgery within two years after their knee replacement surgery.

Patients who have complained of Attune Knee Implant failure have described the following symptoms:
The above symptoms can lead to:
In 2015, DePuy Synthes orthopaedic sales in the U.S. were up 3.5 percent to $5.3 billion. Knee replacement sales made up more than a quarter of that amount, with a total of $1.4 billion.

If you or a loved one has suffered similar damages or injuries, please fill in our form and your complaint will be sent to a lawyer who may evaluate your claim at no cost or obligation.
Please click here for a free evaluation of your DePuy Synthes Attune Knee Replacement claim
Last updated on Nov-4-20

Santa Clara, CA: It’s pretty much a straightforward decision for most of the 700,000 people in the U.S. who experience knee pain yearly: have a knee replacement or live the rest of your life in pain. But for some people implanted with a defective knee such as the DePuy Synthes Attune device, they made the wrong decision and the consequences have been brutal. As a result, they are filing knee replacement lawsuits against DePuy, alleging premature failure of the Attune device.READ MORE
Depuy Attune Knee Victim “Pissed off that there’s No Way to Fix this Defect Without Litigation”

San Jose, CA: Mike says he’s in worse shape now with his DePuy Synthes Attune knee replacement system than when he was injured after falling off a ladder. And he’s pissed off, to say the least.READ MORE
Three Strikes after Depuy Synthes Attune Knee, First Lawsuit is Filed

Mobile, AL: An Alabama law firm has announced it has filed the first DePuy Synthes Attune knee lawsuit in the U.S., alleging premature failure of the knee replacement system.READ MORE

Posted by
marvin schwartz
on July 27, 2017
i am not sure what kind of system they used on my knee, I had two knee replacements plus a forced loosening of the artificial knee, where they give you some local anesthesia and force the knee to move. The surgeries were all done in Las Vegas, and the doctor who performed them won't take my calls because I guess he considers me a failed patient. I need to know how I can get that info out of the doctor's office. As one of my doctor's warned me, this surgery might not take care of your pain, and he was right.