Send your Liberty Mutual LTD claim to a lawyer who will review your claim at NO COST or obligation.
GET LEGAL HELP NOW

What is Long-Term Disability Insurance?

Group and private individual disability insurance policies are designed to allow a person to still receive an income if unable to work due to an illness, injury or accident. A long term disability policy typically pays roughly 60 percent or the person's regular earnings and generally includes a built-in waiting period of 90 to 180 days for benefits after the insured stops working.

If Liberty Mutual denied your disability claim, or if your claim was granted and then terminated later, you may be eligible for substantial additional benefits.

Insurance companies may use a number of tactics to avoid paying disability benefits, including:

Applying for Liberty Mutual disability insurance benefits involves complex documents, paperwork and deadlines. It is recommended that those seeking long-term disability benefits or claimants who have been denied seek counsel from an experienced attorney. 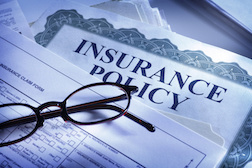 A report from the American Association for Justice (AAJ) ranked Liberty Mutual at number 10 in its list of the top worst insurance companies. The AAJ report covered insurance companies across a range of insurance fields including disability, homeowners, auto, health and life insurance.

According to the AAJ report, Liberty Mutual hired consulting giant McKinsey & Co. to "boost its bottom line" with a strategy of lowering amounts paid in claims whether the claims were valid or not. "Liberty Mutual is facing a glut of litigation from its own vendors who say the company’s cost-cutting has resulted in poor claims processing and a spike in lawsuits," according to the report.

In 2012, Leonia Kirkpatrick, a claims specialist who worked for Indiana Insurance, a subsidiary of Liberty Mutual, filed a lawsuit against Liberty Mutual after it allegedly denied her claims for short-term and long-term disability benefits. Kirkpatrick argued in her appeal that Liberty Mutual failed to her total medical history and the cumulative effect that her medical conditions have on her ability to function in the workforce on a full-time basis, according to court documents.

A Kentucky woman, Yulunda McAlister, filed a lawsuit in 2015 against Liberty Mutual, alleging that her disability benefits should not have been terminated because her mental impairment has an organic cause as opposed to a psychiatric or psychological one. Liberty Mutual denied McAlister's appeal based on the insurance policy's 24-month mental illness limitation and its determination that she was not disabled from her own occupation, according to court records.

If you or a loved one has suffered similar damages or injuries, please fill in our form and your complaint will be sent to a lawyer who may evaluate your claim at no cost or obligation.
Please click here for a free evaluation of your Liberty Mutual LTD claim
Last updated on Jun-22-17

Posted by
JOE ALTAMIRANO
on January 28, 2018
I've been dealing with these thieves since January 17, 2002 when work related injury to Lower Back was diagnosed by company Dr. as lumbar strain of the L-4 - L-5 of my spine. Was released back to work full duty with no restrictions on 03/11/2002. July 11, 2005 was last day of work due to back issues related to 2002 injury that will eventually lead to inter body spinal fusion surgery on January 17, 2007. Been nothing but an on going painful nightmare since. Denied claims, followed by termination of benefit on Oct. 2006. If surgery was to take place, payment for 3 months Oct 2006 - Jan 2007
($1260.00) out of pocket payment to COBRA was requested.Yet to be reimbursed. Blue Health Blue Shield covered all pre surgery claims till the Oct 2006 date, then terminated my benefit so that they would not be held responsible for $ of surgery coverage they never paid , sending bill to collection agency that due to this Undue Financial Hardship combined with depression at stress because of fear of the unknown, added to the emotional, physical, mental distress i was already dealing with has taken its toll on not just my credit score but my Life in general, this industrial work related injury no need for appoporshment official Workmans Comp report by (AME) dated Feb 29, 2008. Declaring me permanent & stationary or (MMI). I'm no Lawyer, but I am able to read the informational facts and right for injured employees. After you have reached P/S or (MMI) Status as reported by (AME) when does LTD begin or who is responsible for to pay disability benefits when WRKMNS COMP. benefit stop and Im not able to return to my previous job & no reasonable accommodations are available by employer due to my disabilities? Yes , I did contact SSI/EDD/DPSS/LOCAL UNION/HR DEPT all have either denied claims others have denied to help, and others just don't care about you once you become or considered (DAMAGED GOODS / HIGH RISK) unuseful to their company, organization or crooked union reps.
Posted by
PAM WANIOREK
on August 22, 2017
Would that be why Walmart uses them?
Posted by
Marie brown
on August 9, 2017
Liberty Mutual is one of the worst Insurance you could ever in your life pay your money to their bunch of Thieves they want you to pay your money and never file a claim or nothing they're very unfair and they are dirty company they should be out of business cuz they're cheating people consumers out of money