Zyprexa: Can you trust Eli Lilly?

The news has been full of stories about the anti-psychotic drug Zyprexa—Eli Lilly Co.'s big money-maker with the deadly side effects—and all the related litigation.

Eli Lilly has been sued by individuals and sued by way of class action for failure to warn adequately that the drug can cause weight gain, diabetes, hypoglycemia and death. Eli Lilly has also been accused of pushing doctors to prescribe Zyprexa for off-label purposes—unrelated to the FDA approved use of the drug—for example for dementia in seniors. 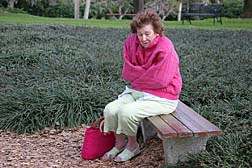 The company is currently in litigation with the attorneys general of numerous states, including Utah, Alaska, Louisiana, Mississippi, New Mexico and West Virginia, who claim that the company marketed Zyprexa for unapproved uses or hid the risk of weight gain and diabetes. These states paid millions for what they call medically inappropriate or unnecessary prescriptions, through Medicaid, or through payment for drugs for prison inmates, for example.

Eli Lilly had Zyprexa sales of $4.36 billion in 2006, accounting for almost 28% of the company's revenue. The company also makes $ billions on its diabetes drugs. Looks Eli Lilly just can't lose.

This week a funny little story has surfaced, illustrating just how hard it seems to be for this drug giant to tell the truth.

It seems that Eli Lilly has developed a new customer for Prozac—the family dog. The company has been marketing a drug called Reconcile, an SSRI anti-depressant, to treat separation anxiety in dogs.

But the company got a reprimanding letter from the FDA at the end of June, complaining that at least some of Eli Lilly's promotional material about Reconcile was misleading and incomplete.

More News
According to the FDA's letter, Eli Lilly's advertisement said that 73 per cent of dogs receiving the drug showed significant improvement within eight weeks, and 42 percent of the dogs improved in one week, compared to dogs that received a placebo.

The Eli Lilly spokeswoman said the company would review the letter from the FDA and take steps "to be in 100 per cent compliance" with the FDA requirement.

You can't be blamed for concluding that it is all just a game to Eli Lilly.