What Style 'N Tile said they wanted to do was successfully sell their bathroom and kitchen tiles, displaying the licensed artistic works of Van Gogh and other artists, to large retailers. Instead, those investing in the company's innovative idea found themselves missing $1.1 million dollars.

In a filing by the State Securities Department Attorney, Roberta Cross Guns, Tidwell, Coolidge, and the Kecks are alleged to have committed securities fraud when they made a series of misrepresentations and material omissions to approximately 22 Style 'N Tile investors. The alleged fraud began as early as 1998 when they were offering investors returns as high as 7% to 10% on their investments. 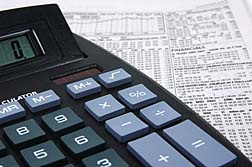 The auditor's office has stated that since 1998, they only know of a single investor who actually received the 7% to 10% return on their investment.

According to the auditor's office, in 2002, one investor claimed that they were told that they would receive their money back in approximately 10 to 20 months. That's if Style 'N Tile's projections became a reality. In 2003, another investor said that he took out a term life insurance policy and made the investors his beneficiaries. In 2006, an investor complained that the Kecks were building an addition to their home, but he couldn't get back the money that he had invested. This investor said that Tidwell told him that Style 'N Tile was not able to make payments at that particular time.

One investor alleges that he was told in a 2003 letter written by Frederick Keck that he could bring in additional members and there would be no dilution of his interest. However, he says Keck stated that he would prefer to keep the membership small, so he only wanted to bring in two more people and no more than that. But according to Morrison's office, there were another 12 investors brought in, instead of just 2.

More News
So far, the deputy securities commissioner, Lynne Egan, has said she has had a difficult time gathering information from Style 'N Tile. She has had to rely entirely on the information the investors received from Style 'N Tile in order to be able to file the complaint. Egan has recommended that anytime anyone is presented with the opportunity to invest in the manner Style 'N Tile approached their investors, individuals should call the auditor's office to make sure the company or individuals asking for the investment are registered with the state.

As for the restitution being sought for the investors, they are seeking 10% for annual interest, as well as fines equaling up to $5,000 for each of the charges. The exact math hasn't been done, but there are dozens of violations and there are approximately 22 investors involved, which can result in a large amount of money. Coolidge, Tidwell, and the Kecks have 15 days from the time in which they were notified of these charges to dispute the charges through a formal hearing.