A lawyer involved in Kentucky's Fen-Phen settlement has been recommended for permanent disbarment for allegedly violating 17 ethics rules. 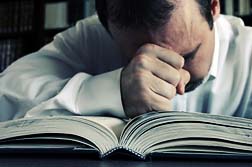 Melbourne Mills Jr. was acquitted on criminal charges concerning the Fen-Phen lawsuit after claiming he was "too drunk" to have joined a conspiracy hatched by lawyers William Gallion and Shirley Cunningham, the Courier Journal reports.

More PPH AND FEN-PHEN News
However the Kentucky Bar Association and state Supreme Court have ruled that Mills was "cogent and aware" during the trial and was blamed for not reporting the conduct of his fellow colleagues.

Trial commissioner Marcia Milby Ridings commented on Mills' conduct during the Fen-Phen trial and said he "utterly failed to communicate with his clients" and engaged in "dishonesty, fraud and deceit."

Last month both Gallion and Cunningham were sentenced to 25 and 20 years, respectively, following their convictions for defrauding clients out of tens of millions of dollars in Kentucky's $200 million Fen-Phen settlement.

Fen-Phen, a diet pill, was taken off the market in the late 1990s after it was shown to cause heart valve damage. The lawyers in the Fen-Phen trial represented 440 Kentuckians who claimed they were injured by the diet-drug combination.

Posted by
teresa bowling
on February 5, 2012
They were suppose to be representing me..I never heard anything from this. Anyone willing to help me see if I am eligible to recover ..I did take this drug.