Why is the Patch still Prescribed?

In July 2005, a study released by the Food and Drug Administration showed that users of the Ortho Evra birth control patch were three times more likely than users of the pill to develop blood clots, which can lead to more serious Ortho Evra side effects and can be fatal. So why is the Patch still in the marketplace?

One of the main reasons that women still wear the patch is because they are misinformed. For example, the popular website WebMD states the following:
There are a few possible side effects of the birth control patch that include:
- Breast tenderness
- Headache
- Rash or redness at the site of the patch
- Nausea
- Menstrual cramps 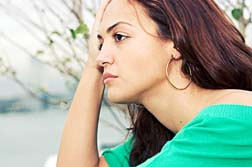 In the next paragraph, it warns that some women should not get the Ortho Evra birth control patch. They include women with blood clots, history of heart attack, or stroke; over 35, who smoke cigarettes; with certain cancers, such as breast cancer; who are pregnant or think they might be pregnant.

This warning is really a Catch-22: countless women have developed blood clots and heart problems after they started wearing the patch! In other words, hundreds of healthy women who had no signs of these potentially lethal symptoms, women who didn't smoke and led healthy lives, whose families had no history of blood clots or stroke, have had their lives cut short, without warning.

Interestingly, look up " Deep Vein Thrombosis Causes" on the same website. You will find a list of causes; scroll down the page until you find 'Current use of birth control pills or patches', almost as a whisper. Wouldn't it make sense for WebMD to link 'women with blood clots' to the fact that birth control pills and the patch can cause blood clots?

The US Food and Drug Administration (FDA) has records of women between the ages of 17 and 30 having suffered fatal heart attacks, blood clots and possible strokes since August 2002. Regardless of the evidence, the Ortho Evra Patch manufacturers still aggressively market their product as a convenient alternative to birth control pills. How can we place our trust in the FDA? It seems absurd that we should let the agency be the sole judge of what drugs are safe for us, given the fact that it has known the potentially lethal risks (albeit Johnson & Johnson, based on its own studies, delayed telling the FDA and the public for several years).

Rather than delivering less estrogen than a standard daily birth control pill, as the FDA-approved label indicated, the patch actually delivered more and increased the risk of blood clots. Johnson & Johnson, based on its own studies, knew that -- but delayed telling the FDA and the public.

When it comes to the Patch, Johnson & Johnson and Ortho-McNeil may see their profits dwindling. By 2008, more than 3,000 women and their families have sued Johnson & Johnson alleging that its Ortho Evra birth control patch had caused heart attacks, strokes and even death. And new cases over the patch continue to be filed. The drug maker has already agreed to pay more than $68.7 million to settle earlier cases brought by women who claim they have suffered blood clot injuries caused by the patch.

And some women have died. Pauline (not her real name) used the Ortho Evra patch for two years and died October 16, 2004 from a blood clot in her right leg. " She had the flu two weeks before and developed pneumonia (a dime size spot in her lung,) and was being treated with antibiotics which were working well," said her mother. "My daughter passed away from a blood clot (pulmonary embolism) that traveled from her right leg to her heart. She was a healthy young woman who should never have died at this early age."

Pauline's mother said she left two small children who are suffering greatly. "We are devastated by her death and believe the Ortho Evra patch was a contributing factor."