Her user name is Eve84 and she's very concerned about Yasmin birth control, according to a message board posting back in February.
Read [ Despite Yasmin Lawsuits, Bayer Presses On ]

Women may be at higher risk for blood clots with non-oral contraceptives, which include the Ortho Evra patch and NuvaRing compared with birth control pills, according to results of a study just published in the British Medical Journal (BMJ).
Read [ Contraceptive Patches and Vaginal Rings Increase Risk for Blood Clots ] 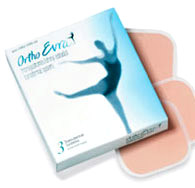 A post-marketing report released in October by the Food and Drug Administration (FDA) on the safety of new generation contraceptives reportedly states that the Ortho Evra Patch from Johnson & Johnson's Janssen division, and the norelgestromin/estradiol vaginal ring, are associated with an increased risk for venous thromboembolic events (VTE), compared with contraceptives containing lower doses of estrogen. The Ortho Evra Patch and the ring both contain higher levels of estrogen compared with older or second generation birth control pills.
Read [ FDA Votes to Strengthen Warnings on Ortho-Evra Patch ]

A revision to the black box warning on Ortho Evra transdermal birth control patch with regard to the risk for thrombosis and blood clots is, indeed, covered by a safety alert on the official Web site of the US Food and Drug Administration (FDA), in a release dated March 11 of this year.
Read [ New Ortho Evra Warnings Buried in FDA Web Site ]

In 2004 Susan started wearing the Ortho Evra patch. She was 18 at the time and was prescribed the patch to help control migraines; her doctor thought she had a hormone imbalance. Her doctor didn't think that the patch would almost kill her…
Read [ Ortho Evra Patch: Get legal help sooner than later ]

Why is the Patch still Prescribed?

This is likely not what the makers of the Ortho Evra patch had in mind when they developed the birth control patch: women suffering life-threatening complications and a string of lawsuits alleging the company put women's lives at risk. Yet that is what has happened. Lawsuit after lawsuit has been filed claiming that the Ortho Evra birth control patch caused blood clots and other serious conditions in women whose only goal was to avoid a pregnancy.
Read [ Does Ortho Evra Patch Put Lives at Risk? ]

Ortho Evra Patch Side Effects— from Headache to Pulmonary Emboli

Women who wear the Ortho Evra patch may want to pay more attention to minor side effects, such as headaches and leg aches. In Lisa's case, going to the emergency room because she had respiratory problems may have saved her life. "It was discovered after testing that I had pneumonia, and after additional X-rays they found pulmonary emboli," she says.
Read [ Ortho Evra Patch Side Effects— from Headache to Pulmonary Emboli ]

One Woman's Rough Patch with The Patch