A woman who won her medical malpractice lawsuit has been paid $1.8 million. The plaintiff, Leslie Thorne, alleged in her lawsuit that an emergency room doctor misdiagnosed her heart condition, resulting in her needing a heart transplant. The medical malpractice claim initially resulted in an award of $4 million, but the award was reduced because of caps on medical malpractice damages in Virginia. 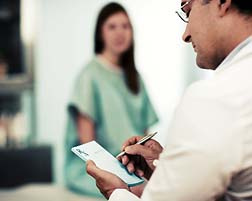 According to the Newport Daily Press, (August 4, 2009) Thorne went into the hospital complaining of shortness of breath, coughing and chest pain. Although x-rays indicated that Thorne had an enlarged heart, she was treated for bronchitis with an antibiotic. Only weeks later, Thorne was treated for a virus with anti-nausea medication. Her problem got worse, and Thorne went to the hospital with similar symptoms to before, but also with swelling in her legs.

This time, the doctor diagnosed Thorne with hepatitis and gave her a prescription. Shortly after, Thorne was diagnosed with a rare heart condition caused by childbirth and was given a heart transplant. Her lawyer argued that, had Thorne been properly diagnosed earlier, she would not have needed a transplant because medication would have treated the problem. Furthermore, Thorne will likely need a heart transplant in the future and will be on medicine for the rest of her life.

More MEDICAL MALPRACTICE News
The truth is that accidents happen. Doctors are, after all, human and are capable of the same errors that all humans are capable of. The problem is that some mistakes could be the result of negligence or incompetence. Those mistakes can result in serious physical injury and can cost people their lives. At the very least, they can cause enough physical harm that the patient is forced to pay more for medical bills than he or she may have expected. However, sometimes, the results of medical malpractice can be tragic.

A July 19, 2009, article in the Charletson Gazette reports on a Tennessee jury, which awarded a young couple close to $24 million in their medical malpractice case. The jury awarded $11.85 million to Courtney Hill and $11.75 million to her husband Robert. The lawsuit was filed after Hill's OB-GYN failed to order follow-up tests when Hill found a lump in her breast. By the time Hill was finally diagnosed with breast cancer, a year and a half after finding the lump, the cancer had spread to her liver. According to the plaintiff's lawyer, only 12 percent of patients in this condition live longer than two years. Although Hill has survived longer than two years, her cancer is spreading and she was too ill to appear at the trial and appeared via a video deposition.

If you have suffered losses in this case, please send your complaint to a lawyer who will review your possible [ Lawsuit] at no cost or obligation.
Request Legal Help Now