FDA Given Teeth, Food Recalls on the Rise

Look for more action from the US Food and Drug Administration (FDA) on food recalls, false advertising and false labeling—anything that appears to play fast and loose with safety or the law. In fact, it's apparent that President Obama's early statement about tightening the regulatory belt where it comes to consumer safety was no idle promise. 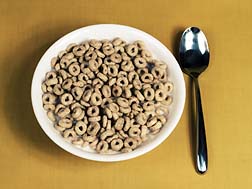 There's a new sheriff in town and laws are being enforced.

As an example, the Washington Post reported October 13th about a two-year ad campaign by General Mills for Cheerios. With new leadership at the helm, the FDA notified General Mills that its marketing campaign advertising Cheerios as having the capacity to lower cholesterol by 4 percent was against the law.

Whether or not the claim was even true was not an issue. Instead, the simple statement of claim the FDA interprets as a drug claim. And when a manufacturer makes a drug claim, there has to be clinical studies followed by FDA approval before such claims can be advertised.

Industry insiders say that such a hard line would never have happened under the Bush Administration. They also point to the stance taken by FDA deputy commissioner Joshua Sharfstein in June when he came down hard on pistachio nuts, advising Americans against the consumption of pistachios period—even though there were no illnesses reported and only one manufacturer was involved.

"Companies must have a realistic expectation that if they are crossing the line, they will be caught, and that if they fail to act...we will," incoming FDA Commissioner Margaret Hamburg told a gathering of lawyers representing food and drug makers in August.

More FOOBORNE ILLNESS News
Meanwhile, product recalls continue. On Friday the FDA announced that Hannaford Supermarkets had removed Taste of Inspirations Vegetable Spring Rolls from its freezer cases because the rolls may contain shrimp, which was not listed on the ingredient panel. While no illnesses have been reported, people with an allergy or sensitivity to shellfish risk serious or life-threatening reaction if they consume a product with shellfish.

The day before, on October 15th the FDA announced that TGF Production LLC of Brooklyn, New York was recalling Herring Salted because the product was found to be uneviscerated.

Clostridium botulinum spores are more likely to be concentrated in the viscera than any other portion of the fish. Uneviscerated fish have been linked to outbreaks of botulism poisoning.

If you have suffered losses in this case, please send your complaint to a lawyer who will review your possible [Fooborne Illness Lawsuit] at no cost or obligation.
Request Legal Help Now