Drug Companies Not Shielded From Lawsuits

In a major victory for consumers, the Supreme Court has ruled that approval of a drug's labeling does not shield the pharmaceutical manufacturer from personal injury lawsuits. The judges' decision came in a 6-to-3 ruling, which found that lawsuits brought under state law are not pre-empted by federal laws. The decision has far-ranging implications for many more lawsuits filed against drug companies alleging that some drug labels are inadequate. 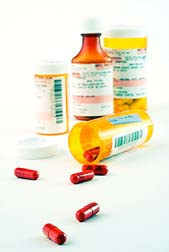 The case before the Supreme Court involved Vermont musician Diana Levine, who won an award of more than $6 million after she lost part of her arm due to a botched injection of an anti-nausea medication, Phenergan. The maker of the medication, Wyeth, asked the Supreme Court to overturn the award, claiming that the lawsuit was pre-empted by federal law.

Because she was a musician, Levine was not able to continue in her career following the loss of part of her arm. She filed a lawsuit against Wyeth alleging that the drug's labels did not carry adequate warnings about the risks associated with Phenergan. The Supreme Court was left to determine whether or not the FDA's approval of drug labels pre-empts lawsuits brought under state law alleging that drugs do not carry adequate warnings, causing harm to some patients.

Wyeth argued that because the label was approved by the FDA, the company should not be held liable for damages—essentially saying that federal law protects drug companies from state lawsuits. The drug maker was backed in its assertion by the Bush administration. However, the court found that Wyeth's understanding of federal regulations was based on a "fundamental misunderstanding that the FDA, rather than the manufacturer, bears primary responsibility for drug labeling."

"It is a central premise of the Food, Drug and Cosmetic Act and the FDA's regulations that the manufacturer bears responsibility for the content of its label at all times," the ruling stated. Furthermore, the majority ruled that Wyeth could have added its own stronger warning about certain applications of the drug without breaking the law. The Supreme Court decision upholds the decision of the Vermont Supreme Court, which also rejected Wyeth's pre-emption claims. Basically, the Supreme Court has found that there is no evidence that Wyeth had to choose between obeying federal law and obeying Vermont law.

More DRUGS/MEDICAL News
Levine received Phenergan repeatedly for nausea she experienced during migraines. The drug can cause gangrene if it is exposed to arterial blood, however it is generally safe if administered via intramuscular injection. However, the assistant administering the drug gave it via an IV push, missed Levine's vein and instead hit her artery. Within weeks, Levine's hand and forearm turned purple and black and most of her arm was amputated.

"Today's decision is a huge victory for Diana, for patients across the country and for public health," the consumer group Public Citizen said in a statement. "[The FDA] is overworked and underfunded, and it depends almost entirely on drug companies for information about the safety and effectiveness of drugs." This includes information about side effects that do not become apparent until the drugs have been used by many people over a long period of time.

The ruling means that thousands of other lawsuits involving a wide range of drugs will be allowed to go ahead. Those lawsuits could have been jeopardized if the Supreme Court had found in Wyeth's favor.

If you have suffered losses in this case, please send your complaint to a lawyer who will review your possible [Drugs/Medical Lawsuit] at no cost or obligation.
Request Legal Help Now

Posted by
Duane Davis
on January 22, 2016
I have Tardive Dystonia from an IV injection of Phenergan that effects the muscles from my eyes, mouth, jaw, tongue, neck, shoulders, chest and abdomen. I talked to two law firms in Utah. One said that because I was not on the drug for more than 90 days. They never ever bothered to see if the liability laws were different for IV verses oral. There was at that time no Class Action Lawsuit to join. The State of Utah has made a law that for medical malpractice the Statute-of-Limitations is just 2 years. When I was diagnosed the Neurologist said that they know that the side effects of the drug Phenergan can manifest from the time of injection up to twelve years after. I could never find a Law Firm willing to even look at the medical records or take any action. I am no permanently disabled. There is no cure. And the tax payers including me who paid into Social Security for over 32 years. The Drug Company should be the one that has to take responsibility for the damage that they do to individuals. I have to laugh the Hospital Network that did the surgery has the slogan "Healing For Life". They did not heal me for life but destroyed my life as well as the life of my Sweetheart of 35 years who has now been diagnosed with PTSD. If you are not in the elite wealthy class there is no justice for individuals that are damaged by the big Pharmaceutical Companies that have the resources to hire Law Firms that fill an entire high-rise building.