The Gardasil Vaccine Issue: The Tail that Wags the Dog?

An editorial that appears in today's edition of the New England Journal of Medicine (NEJM) heightens the ongoing debate surrounding the push for mass vaccinations against cervical cancer in women, despite questions surrounding the need. Those questions are deepened when taken in context with the possibility of side effects from vaccines such as Gardasil—and there have been 20 deaths associated with cervical cancer vaccine. 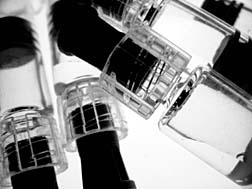 Writing in today's edition of the NEJM, Dr. Charlotte J. Haug, M.D., Ph.D. acknowledges the lofty expectations and promising results from clinical trials, but assails the relatively rapid roll-out of the vaccine amidst the vacuum of sufficient evidence that vaccines such as Gardasil will prove to be effective long-term.

Dr. Haug also makes the point that while vaccines currently available are directed at those strains of human papillomavirus (HPV) virus currently under the spotlight for their link to cervical cancer—specifically the HPV-16 and HPV-18 serotypes—there are other strains that could come into play down the road for which the vaccines may prove ineffective.

Given the expectation that decades of study will be required to gauge the true impact, and the fact that screening via Pap smear will still be needed to head off potential trouble, many are questioning just why this vaccine has been pushed so hard and so fast—and what part did the pharmaceutical companies play (in the case of Gardasil, Merck) in the lobbying and marketing effort that succeeding in getting this train on the tracks.

The pharmaceutical position points to the need, and effective delivery of education. Critics, however call it by another name:

The art of persuasion.

Cervical cancer is the second-leading cause of cancer death in women, with a half-million new cases worldwide each year. However, the vast majority of those cases are in developing countries that lack the screening mechanisms so commonplace here in the West.

And with some States making vaccines such as Gardasil available free of charge for female adolescents (and some even mandating the inoculation as a pre-requisite to attending school), many are questioning the need, and the wisdom based on the fact the vaccine is unproven. There's even talk of extending the vaccine to boys, to ward against genital warts resulting from intercourse with an effected partner.

This, critics say, is overkill and likens the effort to the mass inoculation against polio, a health crisis that threatened thousands of lives.

But cervical cancer isn't a crisis, critics say. Vaccine is only one spanner in the prevention toolbox, but given so many questions it is far too early to consider the vaccine as the primary response. Critics say we are decades from that.

There is little doubt that the manufacturers have been lobbying hard—to governments, the medical community and the general public, to promote the vaccine. Slick ads on television, together with campaigns posted on You Tube, extol the virtues of getting the shot. It is alleged that Merck has paid doctors and other medical professionals handsomely to serve as paid consultants, speaking to the need for widespread inoculations to their colleagues. And there have been several examples of aggressive lobbying to governments, on both sides of the border, in an effort to foster the need for an inoculation program. Vaccines are normally promoted to governments, given that entire populations are targeted.

"Merck lobbied every opinion leader, women's group, medical society, politicians, and went directly to the people—it created a sense of panic that says you have to have this vaccine now."

That's Dr. Diane Harper, a professor of medicine at Dartmouth Medical School. In comments to the New York Times, Dr. Harper admits she has had her own daughters inoculated, but knows the vaccine will never take the place of ongoing screening. As well, it should be noted that vaccines such as Gardasil have only been studied over the timeframe that included the clinical trial. It is not known how long the vaccine will last, and whether boosters will be needed.

Meantime, Gardasil is not cheap. It comes in at $360 for the three-dose series. And tens of millions of girls and young women have been vaccinated in the US and Europe in the two years since the two vaccines—Merck's Gardasil, and another produced by GlaxoSmithKline, were fast-tracked to market.

The manufactures say that cervical cancer can be prevented, and have come up with a handy vaccine they say will do the trick. Critics say it's way to early to make that claim, but the lobbying and 'education' campaigns have borne much fruit. Proposals to mandate the vaccine for girls in middle schools have been put forward in 24 States, including one that will take effect in Virginia this fall. Critics, as late as this morning on the network television morning shows, were urging that the brakes be put on. The vaccine should be an option, and not mandated as a pre-requisite for school.

And it is not a health crisis—although it has been for the twenty young women who have died from adverse reactions, and one in particular whose life has been compromised.

More GARDASIL News
Jenny Tetlock, 14, is today plagued by an extremely rare form of progressive paralysis that has left her bedridden and requiring assistance to breathe. Her parents are wondering if her condition has anything to do with the Gardasil shots she received last year.

Meanwhile there were 9,749 adverse reaction reports filed by the end of June with the Centers for Disease Control and Prevention in Atlanta, and the US Food and Drug Administration in Washington. It was reported that 94 per cent of the reactions were limited to arm pain and fainting spells, whereas six percent were classed as serious. The latter symptoms ranged from blood clots to paralysis, and there have so far been 20 deaths.

A shame, when so little is known about the long-term value of the vaccine—and given the availability of regular screening, may not even be necessary in the first place.

If you have suffered losses in this case, please send your complaint to a lawyer who will review your possible [Gardasil Lawsuit] at no cost or obligation.
Request Legal Help Now