Attention is mounting towards the rise in incident rates and diagnoses of Attention Deficit Hyperactivity Disorder (ADHD) for older children, and whether or not it has anything to do with an increase in marketing of prescription drugs now available to treat ADHD in older children.

Which poses the question: is the new batch of drugs for older kids diagnosed with ADHD the direct result of the spike in diagnoses, or are the diagnoses the result of drugs available to treat it? 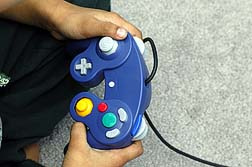 "I think the industry does drive a lot of it," observes Scott Kollins, director of Duke University Medical Center's ADHD program., with reference to pharmaceutical marketing. In fact, experts mused to MSNBC that the marketing of newer ADHD drugs to adults and older kids, Aderall XR and Strattera among them, is pushing up use.

Experts have observed that most childhood diagnoses of ADHD occur by 11 years of age, and the rate for children in that age group is holding steady. However, the rate of ADHD in children over 12 has been rising steadily, at four percent each year.

Attention Deficit Hyperactivity Disorder is a behavioral and learning problem that usually appears in children by age 7. Symptoms such as impulsiveness, hyperactivity and the inability to focus attention are usually identified in school.

However, a new government study that stems from an annual survey of 35,000 to 40,000
households has uncovered a spike in the number of children age 12 through 17 exhibiting signs of ADHD. While the percentage of children presenting symptoms of ADHD remained constant for the demographic six through 11, diagnoses of ADHD in children 12 through 17 has risen from seven percent to 10 percent.

The question is, why? Here's where it gets interesting, and the issue is whether the chicken is coming before the egg. Some experts have speculated that doctors are increasingly considering the possibility of ADHD in older kids who have concentration problems—a trend that just happens to correspond with the availability and marketing of ADHD medications for teens and adults.

To that end, there is also the possibility that the misuse of ADHD medications such as Ritalin in teens and college kids as a study aid or recreational stimulant is also having an impact. Little wonder that the use of ADHD meds has been increasing.

Take Ritalin, for example. Yes, Ritalin—so commonplace now that it has almost earned a place in modern pop culture. According to statistics provided by the Centers for Disease Control and Prevention (CDC) in Atlanta, doctor visits for children under 15 where Ritalin (methylphenidate) was prescribed has risen from 1.9 million in 1993 to 3.2 million in 2005.

That number is sure to increase if the rate of diagnoses for ADHD in older children and adults holds—a demographic that has seen ADHD emergence rise at four percent per year. For children under 12, the percentage is holding while their older siblings are seeing a consistent increase.

Overall, more than 4.4 million US children have been diagnosed with ADHD. That number is sure to grow as diagnoses for children above 12 continue to rise.

It just so happens that there is a host of medication at the ready to treat them.

More ADHD News
While some suggest that this increase in ADHD among the higher age groups could be the result of the medical community increasingly considering the possibility of ADHD in older children and adolescents who present with concentration problems, others aren't so sure.

Critics wonder if the tail is wagging the dog. And are diagnoses influenced by the handy availability of designer drugs that have happened along at just the right time, either by accident or design?

That could be the $64 million dollar question.

Kollins, of Duke University, gets the last word. "There are people out there being treated for ADHD that probably don't meet the diagnostic criteria."

Which suggests that the drug companies have just found a new, untapped resource ripe for the picking…

If you have suffered losses in this case, please send your complaint to a lawyer who will review your possible [ADHD Lawsuit] at no cost or obligation.
Request Legal Help Now