Discrimination: You Don't Have to Take It

He stood at the dais and said those magic words: "I Have a Dream..." The late Martin Luther King Jr, felled in a hail of gunfire almost forty years ago, was setting the stage for his vision of equality amongst all races and all peoples: whites, African-American, Hispanic. Age. Gender. An end to discrimination. 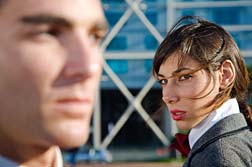 King was robbed of his vision, and a chance to finish his life's work by an assassin's bullet, but his vision has continued on nonetheless and today racial, age and gender equality is light years ahead of what is once was. So much so, in fact, that radio shock jock Don Imus was fired by CBS and MSNBC amidst the storm of public disgust generated over his utterance of a racial slur this spring.

And yet, it's still happening. African-Americans are being passed over for promotions, or paying higher rates for car loans. Professional women are still fighting an old boys' network that smacks of discrimination, and people with vast experience and skills are pushed out, or passed over because of age.

Manch McLaughlin has two counts against him -- he's 54, and he's African-American. An employee of National Grid for more than 25 years, McLaughlin has been a model employee at the Glenmont utility company and brings a wealth of experience to work every day. He's been applying for promotions since 2001, but he always sees younger, less-experienced, and white colleagues get the nod for the plumb jobs.

An internal complaint, and an appeal to the Equal Employment Opportunity Commission (EEOC) was of little help, so McLaughlin has filed a federal lawsuit in Massachusetts court, alleging race and age discrimination. He's still at the utility company, working for an employer he is effectively suing. National Grid says they were looking into the matter. McLaughlin's wife Lois, who has experience with diversity and affirmative action, says her husband is a textbook case.

Hopefully, McLaughlin hasn't tried to buy a car. He might wind up paying a higher interest rate, just because he's the wrong colour...

Incredibly, African-Americans appear to have paid, on average, at least two percentage points more than whites for a car loan - and sometimes that interest rate will climb as high as 15 per cent, especially for used cars. Hispanics also paid more, on average, than their Anglo-Saxon counterparts.

The report was compiled using data from the Federal Reserve Survey of Consumer Finances.

And that juggernaut from Wall Street, Morgan Stanley, is about to square it up with the eight former, and current employees who launched a class-action lawsuit against the company for gender-bias. At issue were denials of promotions, training and pay raises to women (but available to male employees). The settlement, worth U.S. $46 million, will also see an overhaul of the company's methodology for case distribution.

This isn't the first time Morgan Stanley has been hit with gender-bias litigation. In 2004 and again in 2005, Morgan Stanley was accused of being an old boy's club that saved the new, and best clients and cases for their male friends, and made a regular practice of holding men-only business and strategy meetings at strip clubs and golf courses, denying women the opportunity to meet with clients.

But there are other forms of discrimination that might surprise you, and according to the EEOC, religious bias is the second-fastest growing discrimination class.

More CIVIL RIGHTS News
Connie Rehm was fired from her job with the Rolling Hills Consolidated Library in Missouri in 2004 after the library adopted Sunday hours and Rehm, a Lutheran, refused to work on Sundays. The quiet 54-year-old sued the library for religious discrimination, and won her case. The rural Savannah woman has since been given her old job back, and was awarded by a jury over $53,000 to cover lost earnings, minus what she earned at other jobs since being fired. Rehm's greatest satisfaction, she has said, is being re-instated to a position that she feels is her dream job.

When Martin Luther King Jr. articulated his dream for equality, the response rolled out in the form of huge public protests and marches.

Today may see you marching to your lawyer. But the dream is the same. Just the tactics are different.

If you have experienced any type of discrimination, please contact a [Discrimination] lawyer who will evaluate your claim at no charge.
Request Legal Help Now

Posted by
Marc
on August 13, 2013
My wife had been working for her employer for over 25 years. She is a front office supervisor at this multi speciality group of Orthopedic surgeons. She has not received a raise or promotion nor had any of the other girls. The latest is that she asked for a week's vacation and was denied due to some new laws that took place for workers comp. I feel sick because of medication that was given to me and went to the Er on a Friday. Monday came and she called in that she wasn't going to work so I can see the doctor because I couldn't drive and I had my children. So on Tuesday she went to work and her manager said she had to come up with a note why she missed Monday. No questions asked being that the same doctors in that group are the ones that I see. I think this is the wrong way to treat your employees..... The same manager had marriage problems and takes it on the employees all the time. ... not good employees are fed up but are afraid to loose there jobs. The employees received a letter stating they have to request vacation 45 days in advance and then it's up to them still to ok it ........ What rights do employees have our is this manager just making her rules. .... mind you my wife asked her one week after she came back from her weeks vacation at Disney World. .... not fair for anyone

Click to learn more about LawyersandSettlements.com
LawyersandSettlements.com - A trusted, independent legal news provider bringing quality news and information on all legal cases and lawsuits filed in United States of America to its readers since 2002. Over 250,000 legal help requests including Civil & Human Rights Cases, and Discrimination Cases have been forwarded to lawyers all across to the country.