An age discrimination lawsuit filed against Bankers Life and Casualty Co. and one of the company's managers will go to trial in April. The plaintiff, Doug Smith, filed a lawsuit in U.S. District Court for the Southern District of Iowa in October 2005, alleging that the federal Age Discrimination in Employment act was violated by his former employer.

The 58 year old states that he was fired in August 2004 due to his age and that his boss actually made a statement to Smith regarding his age and made the comment that Smith could retire. He further alleges that his former boss said that he needed the money more than Smith so Smith should go ahead and retire. 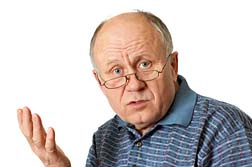 Smith says that in February 2003 he received a promotion to be a unit sales manager and began working under a man by the name of Dennis Riley. Smith states that Riley advised him to hire younger workers and that Riley made various statements regarding young people having more energy and young blood being better. Smith said that he was questioned by Riley when Smith hired older workers because Riley was very upset regarding Smith's decision to hire these older people.

During a business trip that took place in the summer of 2004, Smith alleges that Riley told him to fire two managers who worked in another office because they were both diabetic. Smith then told Riley that he had diabetes as well and this information prompted Riley to ask him how much longer he was going to hang in there with his health issues. Smith also alleges that he was ordered by Riley to cut the hours of a Quad Cities area administrator to less than 30 hours per week and she ended up losing her benefits. Smith said Riley stated his reasoning behind this hour cut was to drive the woman to quit so that a younger lady could take her place. Smith said the woman did eventually leave her job and a younger woman was hired by Riley. The new employee had no experience and worked 29 hours each week and was also able to receive benefits, whereas the former employee was not able to keep her benefits with the same number of hours worked each week.

More News
Smith further claims that he received no training for his new position, which resulted in him having complaits filed against him for the first time in his career. These complaints were filed with the Iowa Insurance commissioner and most of the complaints had to do with the new agents he was training. Smith alleges that Riley would receive the complaint notices and respond to the complaints on Smith's behalf without notifying Smith. This means that Smith had no idea what Riley was communicating to the Commissioner about him. When Smith was fired, Riley told him it was either Smith or himself so that the commissioner would not initiate any more investigations on the office as a result of the complaints that had been filed against Smith.

As for the compensation being sought, Smith is looking for damages and various injuries to himself, attorneys fees, punitive damages, and other costs accrued from the lawsuit. Other compensation will include what is allowed under laws against age discrimination. Age discrimination laws state that no one is to be discriminated against in their place of employment based on their age.