(Unfair Business Practice) of the Rich and Famous

Sometimes it's the supplier under contract to keep your office stocked with paper failing to deliver, and leaving a long lineup at the photocopier without paper. And sometimes it's the developer of a luxury condo complex with a long lineup of disgruntled investors, some of them rich and famous, without condos. The inability to live up to a commercial contract for business, regardless of size and scope, is an unfair business practice. 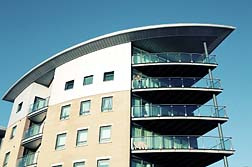 But back to the rich and famous, and one apparently rich and famous person in particular: Robin Leach. The well-known personality who built a larger-than-life persona as host of TV's 'Lifestyles of the Rich and Famous' apparently enjoys a lifestyle befitting his image, although the only thing getting built and resting on a solid foundation, it seems, is his fame. The condo complex he, and others bought into, appears not so firm.

Leach and 2 other purchasers filed a claim in state court in Nevada on February 12th in an attempt to get their deposits returned, as well as interest, attorney's fees and costs now that the development known as the Cosmopolitan Resort and Casino has been delayed by about two years.

The claim, according to Bloomberg News, is filed against 3700 Associates LLC and Deutsche Bank AG. The latter was forced to foreclose on the unfinished structure this past September after the Las Vegas real estate developer, according to reports, defaulted on the underlying loan with Deutsche Bank AG in January of 2008. The German bank helped to finance the sprawling development, with a loan value identified as $1.004 billion as of the end of the third quarter for 2008, when the foreclosure took place.

According to Bloomberg the Cosmopolitan spans 8.5 acres and will feature two high-rise towers, three wedding chapels and a beach overlooking the Las Vegas strip. Still under construction, the completion date has reportedly been pushed back to late 2010, or even longer.

The 3 plaintiffs, one of whom is Leach, are basically saying enough is enough. In their filing, the plaintiffs are seeking class action, or group status on behalf of anyone having purchased a unit. It is estimated there could be as many as 500 potential class members.

The reason for the delay, beyond the incidents of loan default and foreclosure, were not reported. It is also not known if the faltering global economy has had any bearing on the matter.

However, the fact remains that real estate is purchased based on expected closing dates that are contractual commitments. This, of course, is necessary given the often-tricky nature of real estate transactions where timing is a key component. Purchasers of a real property will also vend an existing property—often the existing home—with a closing date tied to the expected, and contractual closing date of the purchased property.

More UNFAIR BUSINESS PRACTICE News
It all makes for a highly-choreographed dance that can not only implode in domino-like fashion, the default on closing can also create unnecessary costs for purchasers having already committed to close the sale, and vacate their current premises. Suddenly, you're storing your furniture and renting other accommodations, often at significant dollars.

Hardly the lifestyle of the rich and famous. However, that's beside the point. A contract is a contract, and regardless of the reasons which lay at the root of a default the failure to live up to a contractual commitment makes for unfair business practice.

Whether you're building a condo, or building a paper mountain at the end of the photocopier, people are depending on you to fulfill obligations you have made. When a business partner, or supplier drops the ball, it is often your toe that gets stubbed, and your reputation that is sullied.

If you have found yourself the victim of unfair business practice—even if you're not rich and famous—you should seek the services of a qualified attorney.

If you have suffered losses in this case, please send your complaint to a lawyer who will review your possible [Unfair Business Practice Lawsuit] at no cost or obligation.
Request Legal Help Now