Between the years of 2004-06 hospital bills were allegedly a factor in close to 18,000 personal bankruptcy filings. The amount of defaulted medical bills was allegedly just under $20 million throughout the state. Everyone knows that a quick trip to the hospital doesn't equal a short and inexpensive bill.

Medical procedures and hospital stays can start in the thousands and very soon add up into the tens of thousands of dollars. Most people that file bankruptcy do have other mitigating bills and factors that cause them to file for bankruptcy, beyond just medical bills. 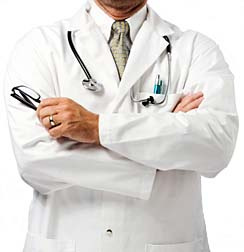 A recent alleged report run by Montana's Attorney General Mike McGrath showed the charges for common procedures of eleven major Montana hospitals. Some of the alleged prices were just over $5,000 for the birth of a newborn. If a C-section became necessary the total price was allegedly close to $10,000. Treatment for heart issues like failure or shock were allegedly over $11,000. These prices were allegedly for the procedures themselves. Add to the mix the price of personal physicians, anesthesia, radiology, and other health specialists the prices begin to allegedly skyrocket.

Experts in the state of Montana are giving residents advice on how to hunt for a hospital. They are suggesting that those in need of medical, specifically hospital attention, need to size up prices between hospitals before seeking care. This may seem laborious and impractical if someone needs care right away. However, Montana has resources for its residents such as www.mtha.org to help residents eye up one hospital against another to get the best price for medical services.

It is advisable to still phone the hospital of choice to make sure their current pricing lines up with what is on the website. It's the best way to safeguard the pocketbook. The list on the site is tweaked twice per year, and Spring will be the next time it is revamped.

Approximately forty hospitals are listed with contacts and phone numbers with whom to double check pricing. Most of the procedures listed on the site are for inpatient care, consisting of remaining in the hospital at least for an overnight stay. However, there is a decent amount of outpatient procedures listed, but calling once comparing the procedural price is still the best course of action.

Since medical bills fall under the category of unsecured debt, much like credit cards, they may be at the end of a procession of creditors. Most bankruptcies stem from multiple types of bills to various creditors. The majority of bankruptcy filings occur due to several kinds of creditors being owed money the individual simply can't come up with. But, alleged higher health care prices throughout the state may have some bearing on bankruptcy cases in Montana.

Click to learn more about LawyersandSettlements.com
LawyersandSettlements.com - A trusted, independent legal news provider bringing quality news and information on all legal cases and lawsuits filed in United States of America to its readers since 2002. Over 250,000 legal help requests including Bankruptcy Cases have been forwarded to lawyers all across to the country.