How Long Have Avandia Side Effects Been Known?

Although Avandia and Avandia side effects have been in the news a lot lately, the truth is that at least one group was trying to alert the public to Avandia risks as early as 2000. In fact, in March of that year Public Citizen, a public advocacy group, petitioned the FDA to revise Avandia's labels. The FDA eventually did, but a boxed warning about the risk of heart attacks was not added until late 2007. 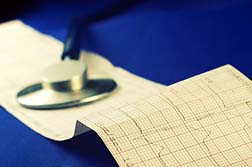 According to a news release from Public Citizen (March 7, 2009), studies showed that Avandia (along with Rezulin and Actos) were less effective than older drugs at treating type 2 diabetes. Furthermore, Public Citizen noted, studies showed that Avandia, Rezulin and Actos, all of which are in a class of drugs called glitazones, can have adverse effects including liver damage, heart damage, weight gain, fluid retention and low blood pressure.

Public Citizen argued in its news release that the FDA medical officers who reviewed Avandia and the other glitazones knew about the risks before approving the drugs.

"It is outrageous that this critical information is being kept from doctors and patients. They need to be aware of the dangers associated with these drugs," said Dr. Sidney M. Wolfe, M.D., director of Public Citizen s Health Research Group. "These drugs have extremely serious adverse effects and are not as effective as some of the older drugs."

"Doctors likely will prescribe these drugs inappropriately because they have not been provided any of this critical information," Wolfe said. "That could seriously jeopardize patient health. The FDA should act immediately for the sake of diabetic patients throughout the country."

More AVANDIA News
It was not until November 14, 2007, that FDA announced that GlaxoSmithKline, maker of Avandia, had agreed to include a boxed warning about the increased risk of heart attacks in patients using Avandia. This was well after Public Citizen first sounded the alarm about the risks associated with the drug.