Antitrust laws are there to protect the consumer and to ensure the honesty of a service provider, and the antitrust act serves as a governor to business and commerce. Otherwise, quite frankly, all hell can break loose—as has been alleged with a recent accusation that certain rail companies have colluded to fix fuel surcharges. Antitrust policy prohibits this. 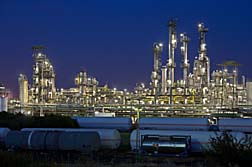 A consolidated suit representing multiple claims has been given the go-ahead by a District of Columbia court judge after the four largest rail operators in the country failed in their bid to have the action dismissed.

The charges have been denied in the strongest of terms by the four rail operators. Meanwhile the rail industry is said to have enjoyed record profitability in the US rail sector, despite freight volumes that have fallen for two years in a row. Analysts say that fuel surcharges play a key role in that record profitability.

The four rail companies attempted to have the class action dismissed, however their challenge was denied by Judge Paul Friedman in a ruling that came down earlier this month.

Industry watchers familiar with antitrust laws are keeping a close eye on the evolving issue, given a similar case involving the airline sector. In the latter, charges were brought against air cargo operators accused of colluding to set fuel surcharges. The resulting fines and damages represented a $1.5 billion hit for a group of airlines in the US, Europe and Asia.

Those close to the case have forecast that the damages could be in the billions of dollars.

More ANTITRUST News
While the rail freight industry has enjoyed two years of what has been reported as record profitability, a billion-dollar damages bill resulting from conviction, or settlement would come at a time when the nation's economy languishes in territory not seen in decades. Some say, not seen since 1932. Thus, one has to wonder if such record profitability will be sustained in the current and pending economic environment, and how much of an impact a billion-dollar damages price tag might have on the industry.

For the time being, the four defendants are busy assembling, and providing to the plaintiffs evidence already provided to a grand jury probe into alleged price-fixing by the State of New Jersey. The rail carriers had 15 days from November 10th to assemble, and furnish the plaintiffs with the necessary documents.

While it is too early to hedge any bets on the outcome of this action, based on the comments of industry watchers this case has all the makings of a classic antitrust act case, given the appearance of deviation from antitrust policy, and the allegation of activity that circumvents antitrust laws.

In this economy, you have to make your money where you can. But not, some will argue at the expense of moral fortitude, and the law.