Profit is king and keeping the shareholders happy carries more clout than keeping the customer satisfied, it seems. Thus, the Unfair Advantage reigns, anti-trust is alive and well, and alleged price fixing appears never to be at risk of becoming endangered anytime soon.

And there are lots of examples out there, of situations smacking of anti-trust.

First there's the Google-Yahoo partnership, which would give the two search engine giants a staggering 85 percent stranglehold on the search engine market. It has been reported that the US Justice Department has hired an anti-trust lawyer to check into the merger, to see if it is even legal. 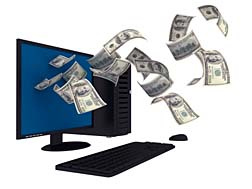 In a statement, Yahoo reiterated that in its view the partnership is lawful, a position that Google took when the agreement was announced earlier this summer. However, Microsoft opposed the deal in Congressional testimony, and industry insiders say that the investigation by the Justice Department signals "a very serious investigation," according to Scott Cleland, president of Precursor, in comments published in USA Today. According to Cleland, this investigation is up there with the Department of Justice investigations of Microsoft.

Not only do Google and Yahoo command 85 percent of the online search market, the duo reportedly have a lock on 90 percent of search engine advertising, and 99 percent of the profits.

"The deal is about price fixing," Cleland said.

Meanwhile, the advocacy group Freedom Watch (FW) has retained a high-powered PR firm to help in its fight against what it calls economic terrorism relating to the high price of oil. FW has filed an anti-trust lawsuit alleging price fixing, market division and other unlawful anti-competition activities on trade by OPEC.

With Congress stalled with regard to the oil crisis, it has been reported that the lawsuit is at the forefront of efforts to return gasoline prices to reasonable levels.

More ANTI-TRUST News
It's enough to make you cry in your beer—beer that could be more expensive itself, according to anti-trust interests in San Francisco who fear higher prices for brew if an acquisition of Anheuser-Busch Cos. by InBev, of Belgium goes through. The fear is that the deal would increase the potential for price-fixing, suppression of smaller competitors and other, assorted anti-competitive activities.

It has been reported that Anheuser-Busch already commands 48 percent of the US beer market, and such an acquisition would only deepen that control. The lawsuit, which is expected to be filed in Missouri on behalf of ten consumers of Anheuser-Busch and InBev beers, hope to stop the $52 billion—yes, that's BILLION—deal.

Experts expect the deal to clear regulatory hurdles, and go through anyway. What will happen to prices after the fact is anyone's guess.

If you have suffered losses in this case, please send your complaint to a lawyer who will review your possible [Anti-trust Lawsuit] at no cost or obligation.
Request Legal Help Now