Zimmer Saddled with Yet Another Failed Knee Implant

With the first bellwether trial over the failed Zimmer NexGen Knee implant set to go on October 13 (In Re: Zimmer NexGen Knee Implant Products Liability Litigation, MDL No. 2272), the manufacturer has yet another potential albatross on its hands with the recent recall of its Persona knee components after reports of failures. It is expected that many a Zimmer Persona lawsuit will follow. 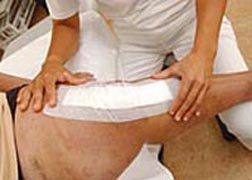 The device was introduced just three years ago, and hailed by Zimmer at the time as having “anatomically accurate components available for a new level of fit tailored to each patient’s unique anatomy.”

However, it appears that reality didn’t correlate with the hype, as numerous reports of failures prompted Zimmer, this past February, to issue a voluntary recall of the Persona Trabecular Metal Tibial Plate system. All lots and sizes C-J, both left and right, have been recalled, representing some 11,658 units manufactured and marketed between 2012 and this year. The US Food and Drug Administration (FDA) supported Zimmer’s Urgent Medical Device Recall notice with the issuance of a Class 2 recall on March 12. The recall encompasses lots and sizes of the Persona Trabecular Metal Tibial Plate used during knee replacement procedures between November 2012 and early 2015.

In its directive to hospitals, Zimmer said that “out of the complaints received, 36 percent identified symptomatic radiolucent lines or were revised for loosening, 28 percent identified asymptomatic radiolucencies, 8 percent subsided, and 28 percent were inconclusive. Aseptic loosening of cementless tibial implant components is one of the most prevalent causes for revision in total knee arthroplasty and a number of factors may contribute to the loosening failure mode, including patient characteristics, rehabilitation protocol and compliance, surgical technique, and product features.”

Zimmer noted that six out of every 1,000 implants had the potential to fail, although expert medical opinion is of the view that such a failure rate could easily increase over time.

The Zimmer Persona Recall is the latest in a slew of product recalls involving new-age medical devices thought to improve upon tried-and-true designs of yesteryear, only to prove not only disappointing in real-world practice, but also resulting in complication and inconvenience for the patient. Initial knee replacements require time to heal and recover following the procedure. A failed implant can not only leave a patient hamstrung and in severe Zimmer Persona Knee pain, but can also require revision surgery that is usually more complicated than the initial procedure, requiring even longer healing times and absences from work.

More ZIMMER PERSONA News
Plaintiffs are now coming forward with Zimmer Persona Metal Plate lawsuits alleging that Zimmer failed to adequately research and test the design before aggressively marketing the Persona Knee system to doctors in the US.

Given the rising number of knee replacement procedures amidst an aging population, it is expected that thousands of patients could be affected - with many filing a Zimmer Persona lawsuit to pursue a compensation claim.

Posted by
Tom Baldwin
on May 16, 2017
I had a zimmer knee implant and that one came loose. I was
operated on and had a replacement knee by zimmer. Now it has been about four years since the second knee and all the while in pain. Went back to DR and he said nothing is wrong with the implant. finally found a DR who is going to give me a third knee. But this one is not a zimmer, thank god for that
Wish me luck on this .
Thank you for reading my sob story.

Posted by
ANTHONY
on February 16, 2016
I had my surgery October 21, 2008 and i have been in pain from then until now, i have constantly as long as my insurance covered me went to the doctor, a friend of mine said Anthony when you go back to your Doctor ask him who manufactured your knee i said OK, i went to the Doctor and when i asked him he was alarmed he told me immediately oh your knee has not been recalled, i said i just want to know who product it is, he said (Zimmer) then he gave me paper work stating all the info i needed. i went to and attorney and YES it was recalled, until this day i am still in pain i never got well. THANK YOU VERY MUCH for hearing my story.