When Zimmer announced a voluntary recall of the Zimmer Persona Trabecular Metal Tibial Plate in February of last year (augmented by an official Class II recall by the US Food and Drug Administration the following month on March 12, 2015), the Zimmer Persona recall was yet another reminder of a medical device regulatory environment that is flawed at its best, and dangerous at its worst. With the first wave of the massive Baby Boomer demographic now easing into retirement, the possibility for ongoing failure of medical devices will likely grow exponentially. 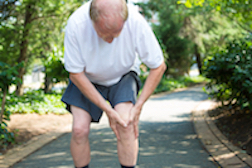 The Zimmer Persona knee system is an example of the more recent innovations in joint replacement that takes into account a more active lifestyle enjoyed by middle-aged and older Americans who eschew a previous generation’s tendency to while away their golden years in the rocking chair. In contrast, today’s retirees are more inclined to continue skiing, swimming, running - maintaining a fitness regimen observed through most of their adult lives.

That puts a greater demand on joint replacements: not only to last the expected 15 years or more, but to perform well in situations far beyond simply walking to the kitchen for a cup of tea.

It is ironic, then, that many of the joint failures inherent to the modern generation of medical devices are failing early and, in Zimmer’s case, invoking Zimmer Persona Knee pain from that simple act of fetching a cup of tea, in some cases.

Even walking can be an issue when, as has been described in association with the Zimmer recall, gaps develop between the Zimmer Persona trabecular tibial plate and the patient’s bone. The FDA, in its March 12, 2015 recall notice, opined that the Class II recall was issued “following an increase in complaints of radiolucent lines and loosening.”

When Zimmer Persona knee pain and the resulting instability from a failing joint puts a patient’s mobility at risk, further surgery is often required to replace the failed component, or the failed system.

Revision surgery is often more complex than the initial procedure, given that human bone has already been compromised from the initial operation. Complications are more common with revision procedures. What’s more, healing and rehabilitation can take longer the second time around. While modern medical practice has patients up and walking sooner than in the past, the healing process, physical therapy and rehabilitation can take months. It is not uncommon for a patient to require a full year to ‘get back to normal,’ with healing complete, the joint functional, muscles rehabilitated and strengthened, and an end to appointments with rehabilitation professionals - sessions that eat into an individual’s worktime, or overall lifestyle structure.

Worth it, most will say, to have a failing natural knee replaced with a well-functioning replacement joint, in order to be free from pain and mobility issues.

When that process needs to be repeated within 18 months to two years (in some cases) after a joint replacement has failed, the impact to a patient’s life and livelihood can be devastating.

Such a situation often triggers a Zimmer Persona lawsuit, akin to litigation targeting other manufacturers as well.

The Zimmer Persona knee system was brought to market through the FDA 510(k) Clearance, a fast-track pathway that’s been in existence for 40 years. As such, most modern-day medical devices are brought to market using this system.

A 2011 study by Dr. Diana Zuckerman and Paul Brown of the National Research Center for Women and Families, and Dr. Steven Nissen of the Cleveland Clinic, published in the Archives of Internal Medicine, showed that most medical devices recalled in the last five years for “serious health problems or death” had been previously approved by the FDA using the less stringent, and cheaper 510(k) process. In a few cases the devices had been deemed so low-risk that they did not require FDA regulation at all.

The 510(k) clearance was brought in through the Medical Device Amendments Act (MDA) in 1976. Prior to that time, “medical devices generally had not undergone premarket review by the US Food and Drug Administration (FDA). The MDA created three classes of device types on the basis of the risks posed and the ability of post market controls to manage them,” notes the report submitted in 2011 by the Institute of Medicine. “Each device type includes a number of devices. As originally contemplated, the high-risk category (Class III) would require FDA review and approval, through the premarket approval (PMA) process, before a device could be marketed. The moderate-risk and low-risk categories (Class II and Class I, respectively) would not require as rigorous a review.”

The regulatory framework for Class I and Class II medical devices (the Zimmer Persona Personal Knee system is deemed as a Class II), was relaxed even further in 1997, when the Food and Drug Administration Modernization Act did away with the 510(k) clearance requirement for most devices in the Class I and Class II categories, narrowing the array of issues the FDA would need to consider in a 510(k) review.

Further, the Modernization Act of 1997 directed an FDA with already scant resources to limit, to the “least burdensome” level, the scientific evidence required to determine substantial equivalency of devices that involved new technologies.

Fundamentally, that is how we have gotten to where we are today. As of 2011, more than 80 percent of devices approved through the 510(k) clearance are categorized as Class II - like the Zimmer Persona Knee system. Pre-market testing is thus minimized on devices manufactured by more providers and targeted to a growing and lucrative market for one of the largest single demographics in the country - the Baby Boomer.

The study authors, the Committee on the Public Health Effectiveness of the FDA 510(k) Clearance Process, and the Board on Population Health and Public Health Practice, arrived at various conclusions, notably that the 510(k) clearance process, with some exception, is nonetheless not intended to evaluate the safety and effectiveness of medical devices. That suggests there is little such evaluation taking place. What’s more, “the 510(k) process cannot be transformed into a premarket evaluation of safety and effectiveness as long as the standard for clearance is substantial equivalence to any previously cleared device.

“Information that would allow an understanding of the extent to which the 510(k) clearance process either facilitates or inhibits innovation, does not exist.”

More ZIMMER PERSONA News
The review authors further concluded that the FDA “should obtain adequate information to inform the design of a new medical-device regulatory framework for Class II devices so that the current 510(k) process, in which the standard for clearance is substantial equivalence to previously cleared devices, can be replaced with an integrated premarket and post market regulatory framework that effectively provides a reasonable assurance of safety and effectiveness throughout the device life cycle.”

The review committee further concluded that “a move away from the 510(k) clearance process should occur as soon as reasonably possible.”

That was five years ago. Nothing has happened. Lawsuits however, such as the Zimmer Persona lawsuit, keep coming. One wonders, going forward, the appropriateness of anger towards manufacturers given the lax regulatory environment. While plaintiffs maintain that manufacturers should have known about product deficiencies - or did know, but brought devices to market anyway - the fact remains that it appears as if medical device manufacturers are playing by the rules, such as they are…