Patients who have had the Zimmer hip implant used in their hip replacement surgery may have to endure more than one surgery. If their Zimmer Durom Cup turns out to be defective, they may have to undergo multiple surgeries to repair the problem. 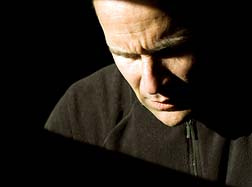 Unfortunately, those surgeries are major—and there is no guarantee that even 2 surgeries will take care of the problem. By the time his ordeal is over, Owen H. (not his real name) will have undergone 5 surgeries for his hip. The first surgery, the original hip replacement, was conducted on August 28, 2006. Owen developed an infection inside his hip, so he had a second surgery to implant medical beads to prevent the infection from spreading. He then had a third surgery to have the medical beads taken out. However, Owen was still having problems with his hip.

"I could tell I was having problems—I was unable to walk correctly and I had a limp, even with physical therapy," Owen says. "I continued to make little or no progress. At that point the doctor suggested there was something wrong with the prosthesis joint. He went ahead and performed the surgery, during which he was going to remove the cup and replace it with another cup. As I recovered from the surgery, he told me he didn't remove the cup. Instead, he removed a medical bead that was left in following the third surgery."

Owen thought his hip problems would end there, but instead they continued on exactly as they had before. The doctor gave him injections in his hip to lubricate the joint and get it working properly, but the injections did not help. The doctor then determined that something else was wrong and removed a bursa sac from Owen's hip.

More ZIMMER CUP News
"The doctor put me in athletic physical therapy," Owen says. "At that point I was making some progress but when I worked the leg by itself, you could hear it making a loud thumping noise. There was less pain, but I was still very weak and still walked with a limp. At this point, the doctor said that we would have to go back in and remove the cup and replace it with another cup. "So now, I'm scheduled for another surgery on December 11 to remove the cup and replace it with another one. There is ongoing pain. Even at night, when I sleep, it hurts. I have pain day in and day out. I can only sleep on one side and can only sit for so long before I have to lie down. I've gained weight and I had to retire from my job after 20 years of service.

"The doctor says he can't see anything wrong from the MRIs, and I went through x-rays that also did not show anything. It wasn't until the athletic therapy that they figured something was really wrong. It's been the same type of pain from the start. I'm immune to it now—I just work past it, knowing it's still there."

Owen says he is not certain that he has a Zimmer hip implanted—he says the doctor commented that he has the same model of hip that has been recalled, but he is checking with his doctor during his next surgery to determine what type of hip prosthesis was implanted. In the meantime, he has to deal with a few more days of pain and inability to properly move his leg while he anticipates yet another surgery on his hip.