For years, there has been ample concern about the design of the popular side-by-side ATV, embraced by many because of its car-like qualities. The Rhino seats two, in a side-by-side configuration much like a two-seater sports car. There is a cargo area in back for hauling gear, much like you would find with a pick-up truck. And yes, there is the requisite roll cage, grab handles and seat belts for occupants. 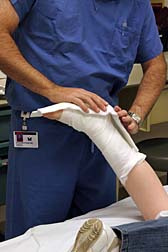 But for years, critics have also been complaining about the Rhino's alleged design flaws. ATV aficionados have long complained that in their view, the Rhino is too narrow and top heavy, with a too-high center of gravity to be considered safe. Tires are too narrow, they say, and even though there are seatbelts, and admonitions from the manufacturer that all occupants wear helmets, the Rhino has been at the center of much controversy, and much litigation, at the behest of well-meaning operators who have been severely injured in them.

Some have died, and some of those killed have been children operating the Rhino with parental supervision, ensuring that the Rhino was not misused, or abused while it was operated.

And that's the point, say the critics. You don't have to abuse the Rhino, or drive it irresponsibly fast or aggressive, to tip it over. Beyond the concern, and the criticism over the alleged ease with which the unit can roll and tip, is the lack of doors prior to the 2008 model, which carry doors now as standard equipment.

Prior to 2008 however, there were no doors on the unit available as standard equipment—
although possibly available as an added-cost accessory. The 'accessory' status of something many would view as an integral safety item is curious, given the dozens, if not hundreds of horrendous leg-crush injuries that have ensued.

The latter results from a footwell with insufficient depth to keep a foot, or leg inside the vehicle in the event of a rollover. The force of a rollover, combined with the basic human response to extend a limb to break a fall, has resulted in a spate of leg injuries that have often resulted in amputation.

The addition of doors help, but do not prevent such injuries. First, they are half-doors at best. Second, they must be held securely in place in order to prevent the drivers' side, or left leg from exiting the unit in a rollover. In one infamous piece of video posted on You Tube, the operator of a Yamaha Rhino ATV equipped with the half doors would have been amazed to have seen his left leg fall out of the Rhino after the ATV landed on its roof, then rolled onto its left side. As seen in the video, the impact of the Rhino landing on its roof unlatched the door, which flew open when the unit rolled onto its side, exposing the operator's leg to a potential crush injury when the drivers' side of the ATV made impact with the ground.

Luckily, this individual was reported to be okay with only a few scrapes, and his leg was fine. However, most are not so lucky.

Late last year, Yamaha finally issued an offer to owners of Yamaha Rhinos that it would provide half doors for all Rhino units. However, there was no recall. Incredibly, the one and only official recall involving the Yamaha Rhino ATV involves a brake caliper on the left front wheel, which was incorrectly made. The result could mean a loss of brake fluid. To quote the language of the actual recall notice as posted on the official web site of the US Consumer Product Safety Commission (CPSC), "this can cause a loss of braking and control of the vehicle, posing a serious safety risk to the driver and passenger."

More News
Okay, but what about the rollover concern? The company has stated that in its view the Rhino ATV is safe. Its defense of its product has not satisfied critics of the Yamaha Rhino. Indeed, they are incensed that the one and only recall of the unit involves a potential failure of a single component in the 2008 model year only—a defect that has not, so far, resulted in a single injury, according to the CPSC.

And yet, design oversights that have left hundreds of people severely injured or maimed—or dead—have not been the subject of a single recall. The maddening thing is that these units sell for $8,300 to $12,000. For not much more you can buy a small car that seats four, has full doors, and air bags.

In the meantime, if you or a loved one have been severely injured as the result of a Yamaha Rhino rollover—even with working brakes—by all means contact a Yamaha Rhino Rollover lawyer, and pursue what may be your due.